Is It Okay to Be Untruthful with Someone Who Has Dementia?

A friend’s wife has dementia and is constantly forgetting how many sodas she has had (she has a rule that she will not drink more than two a day). Her husband (the primary care-giver) is constantly letting her have more than two sodas a day, because it is simply easier to let her have more than fight against her memory by letting her know she has had her daily limit. She thinks she has had none, when she has had several. He feels guilty about lying to her and is struggling with the moral ethic of his actions. Is it okay to be untruthful with someone who has dementia?

I applaud your friend’s desire to live morally and ethically, with honesty in his relationships.

Randy has spoken clearly on the importance of truth, simply because the Bible places such a high value on it.  We know that to be the case since Jesus even calls Himself “the Truth.”  It doesn’t sound like your friend needs any convincing of that aspect of this.

The first question that comes to mind for me is this:

If the rule is non-negotiable, then perhaps he needs to discover creative ways to be entirely truthful but still help his wife stick to the rule.

I’ve just tried to brainstorm some practical ideas to address the situation….

Secular medical or caregiver websites with articles on dementia talk about “therapeutic lying.”  I found several articles on this topic very quickly, so obviously your friend is not the first person to face this difficult dilemma.  Here are three of them:

As believers, we obviously need to tread very carefully here, and that seems to be exactly what your friend is trying to do.  These sites would give your friend an idea of the secular “conventional wisdom” that people are applying to this dilemma.

One of those same secular sites spoke of other communication strategies which did not include lying.  Perhaps you friend would find helpful ideas there:

"Consider it pure joy, my brothers and sisters, whenever you face trials of many kinds, because you know that the testing of your faith produces perseverance. Let perseverance finish its work so that you may be mature and complete, not lacking anything.  If any of you lacks wisdom, you should ask God, who gives generously to all without finding fault, and it will be given to you. But when you ask, you must believe and not doubt, because the one who doubts is like a wave of the sea, blown and tossed by the wind. That person should not expect to receive anything from the Lord. Such a person is double-minded and unstable in all they do." 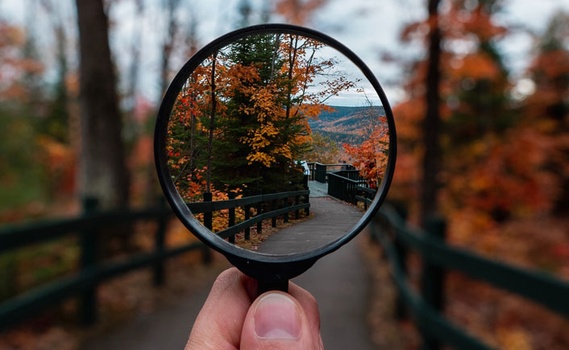 article August 18, 2010
What’s at stake in this issue is not merely different ideas on how we relate to culture or live out and share the faith—what is at stake is the faith itself, historic Christianity.
Invest in Eternity