Does God Have a Special Interest in the Lives of His Children?

Randy wrote on his blog, “Christ watches closely what transpires on Earth, especially in the lives of God’s people."

A reader responded: "Why especially in the lives of God's people? Does He not closely watch the lives of the non-believers? I'm sure that He does. We are all sinners alike. No one sinner is more beloved than the other. It seems that wording has placed a separation between non-believers and believers.”

You’re absolutely right that the sovereign and omniscient Lord is aware of everything that transpires on earth, in both the lives of believers and unbelievers. Proverbs 15:3 says, “The eyes of the LORD are in every place, keeping watch on the evil and the good.” Likewise, Psalm 11:4 says, “The LORD is in his holy temple; the LORD is on his heavenly throne. He observes everyone on earth; his eyes examine them.”

I think the distinction Randy offers here is that God has a special interest in the lives and actions of His children, just as a human father naturally has a special concern and care for his kids. 2 Chronicles 16:9 says, “For the eyes of the LORD range throughout the earth to strengthen those whose hearts are fully committed to him.” Psalm 147:11 says, “The Lord takes pleasure in those who fear him, in those who hope in his steadfast love.”

God sees and knows everything that happens on Earth, but He is especially attentive to the needs of His people. Those of us who know God know that all things are working together for our good. But the ones who do not know God, who have rejected Him and continue to reject Him, do not have the fellowship or intimacy that a child of God experiences. Psalm 34:15-16 tells us that “The eyes of the LORD are toward the righteous and his ears toward their cry. The face of the LORD is against those who do evil, to cut off the memory of them from the earth.”

Yes, those who have accepted Christ are not without sin until we are in His presence, and there is nothing we can do to make Him love us more or less. But in having accepted Christ’s sacrifice on our behalf, we are now in Christ and part of God’s beloved family: “For those whom he foreknew he also predestined to be conformed to the image of his Son, in order that he might be the firstborn among many brothers” (Romans 8:29). What a privilege to be a part of God’s family! 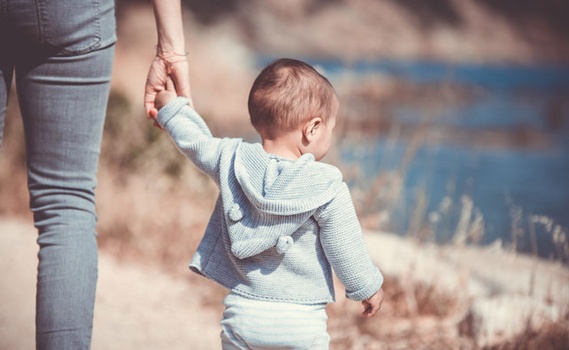 Will God Take Care of Our Children?

video August 28, 2013
I think when you look at what’s happening at schools and life in general, and with children being abducted, these are things that every parent is going to ask.

Why Does God Care About How We Use Our Money?

audio March 10, 2011
In this audio clip, Randy Alcorn asnwers the question, "Why does God care about how we use our money?"
Invest in Eternity