A group called Abolish Human Abortion says that by supporting prolife organizations, strategies, and abortion-limiting laws, we actually give credence to abortion, and instead should only support their version of “biblical abolitionism.” What are your thoughts on this?

We appreciate this group’s passion to see abortion ended. Any sincere prolifer would be ecstatic if abortion were made illegal. Unfortunately, Abolish Human Abortion’s methods and philosophy are problematic. One prolife blogger says this:

I believe that many of their views come out of a frustration with abortion having become legalized and remaining so for 40-plus years in the first place, which was due in large part to Christians not taking a stand against this horrible practice, a frustration which I share. However, they are far too divisive (and many of their views are simply skewed and not well-reasoned). What the pro-life movement needs now, more than ever, is unity among its supporters and proponents, even ones who disagree with us on spiritual issues.

… [AHA says,] "Pro-lifers prefer gradual, over immediate, abolition." This is simply a strawman argument of what many pro-life people believe (a strawman argument is when you attack a similar argument to the one presented that is weaker and easier to defeat). Pro-life advocates actually do prefer immediate abolition. We would love it if our government would stop sanctioning the killing of unborn children, and if Planned Parenthood would stop doing it. What pro-life people realize, and which is supported by history, is that it simply doesn’t work out that way. Gradually is the way to enact a change like this. It took William Wilberforce twenty years to abolish the slave trade in England. He made it his life’s mission to see this done. He worked incrementally, voting for legislation that kept slavery legal yet made conditions safer for slaves. He knew that the way his culture was, he couldn't pass all or nothing laws. He worked to change the culture’s perception of slavery while working to pass incrementally better legislation until he was finally able to abolish it altogether.

If you are interested in the specifics of the conflict between AHA and some prolife churches that don’t hold to AHA’s beliefs about the best strategies to end abortion, these two articles/letters may be helpful. Read them for yourself so you can compare and assess what they’re saying. The first is from Village Church, which has been protested by AHA, and the second is a response from AHA indicating their many disagreements with what the church leaders have said about them.

Here is a blog describing a debate between Gregg Cunningham and the co-founder of Abolish Human Abortion, T. Russell Hunter.

In that blog post, Scott Klusendorf provides this summary of one of Gregg’s points: “Gregg Cunningham...[pointed] out a fundamental flaw in Hunter’s argument—namely, the mistaken claim that pro-lifers have the power to end abortion immediately but won’t. Again and again, he exposed Hunter’s fallacious either/or reasoning by demonstrating that pro-lifers don’t have to choose between incremental legislation that saves some children right now or total abolition that saves all at a later time. Rather, they can advance both strategies simultaneously and save many lives in the process. Cunningham also demonstrated a superior grasp of social reform history, noting that while Wilberforce, Lincoln, and Martin-Luther King were in principle moral absolutists, in practice they functioned as strategic and tactical incrementalists—as do pro-lifers today.”

Scott also explains that AHA’s reasoning “assumes that pro-lifers have the power to immediately end abortion but simply won’t. Nothing could be further from the truth. Pro-life advocates do not have the power to say which children live and which ones die. The federal courts have already said that no unborn children have a right to life. In that legal environment, the principled pro-lifer is an immediatist morally and an incrementalist strategically. That is, while pro-lifers remain committed to the principle that every unborn human should be legally protected, they work to save as many lives as possible given current political realities.”

Certainly we pray for and work toward the day when abortion is illegal and ending an unborn child’s life is unthinkable. In the meantime, by supporting prolife ministries and outreaches, and through our own personal ministry to those God brings into our lives, we can reach people one by one, showing them Christ’s love and sharing the truth about the unborn. (See also Randy Alcorn’s answers to Is There a Political Solution to the Abortion Issue? and Can We Really End All Abortions Through Legislative Means?, as well as The Gospel Coalition article In Defense of Pro-Life Incrementalism.)

Since our beginning in 1990, EPM has supported and been involved with the efforts of a wide variety of prolife groups and churches that have done everything from civil disobedience to rescue the unborn, to reaching out to abortion-bound mothers at abortion clinics, to pregnancy centers, adoptions services, and prolife education.

We believe that there are many strategies and tactics that do what others can’t, and these complement each other. To win a war, it takes the Army, Navy, Marines, Air Force, Special Forces, Navy Seals, etc. Anyone who thinks their group or branch of the Armed Services is the only way of fighting the war or accomplishing the mission is simply wrong. The same thing is true of those who believe their strategy to end or prevent abortions is the only one that is right or effective.

In addition to using the all the royalties from Randy’s books to advocate for Christ-centered causes, including helping the unborn and their mothers, we have given away tens of thousands of Randy Alcorn’s book Why ProLife?, which has been translated into over forty languages. We also distribute his books Prolife Answers to ProChoice Arguments and Does the Birth Control Pill Cause Abortions?

We have on our website over 500 articles and resources related to the sanctity of human life. Anyone is welcome to use and distribute them at no cost (provided you do not alter them without asking permission).

NOTE: We are a small ministry and are not in a position to engage in long arguments about which prolife strategies are more or less effective than others. We believe God works through different people and groups in different ways. We also believe our time is better spent in educating and intervening and supporting prolife work than in debating whose efforts are most effective. 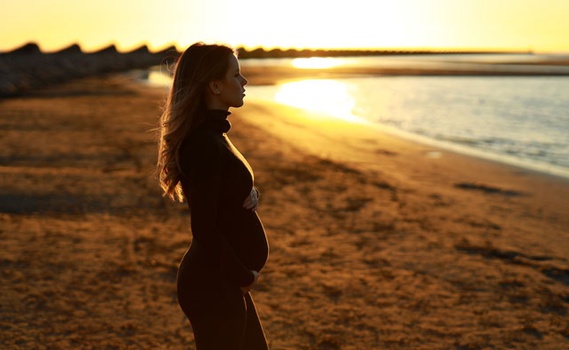 What Is Your Response to the Idea of Laws That Would Penalize Women for Having Abortions?

article April 7, 2021
It is Randy’s and our ministry’s belief that every abortion has two victims: the child, and her mother. A woman facing an unplanned pregnancy deserves compassionate care that meets both her child’s and her needs. And every woman who has experienced abortion needs to know there is healing and forgiveness available in Jesus Christ.

Can We Really End All Abortions Through Legislative Means?

video April 1, 2011
Randy Alcorn answers the question, "Is there a political solution to the abortion issue?" at the 2011 Kingdom Advisors Annual Conference.
Invest in Eternity