How Can I Believe in Something I Don’t Fully Understand?

I’m a deep thinker, and like to research and understand things. My friend tells me I shouldn’t rely on only my intellect as my ultimate authority, but if not, then what should I rely on? At the end of the day aren’t we all kind of stuck in terms of relying on whatever intellect is available to us? Our intellect is what allows us to read or listen to the Bible in the first place, so there seems like some chicken and egg here. If not intellect, what is available other than an intuition?

I totally agree we all must rely on our intellect to a certain extent. At the same time we should humbly recognize the limits of our intellects and realize we can be sincere and at the same time misled. I recognize that's every bit as much true of me as it is of you or anyone else. However, a core part of my worldview is believing Scripture is God's inspired revelation to us. Obviously I don't expect everyone else or even most people to believe that, but I truly do. And since I do, there are times where I submit my mind to a belief which, left to myself, I wouldn't have figured out or chosen to embrace.

An example of this is a response I just made to someone on the question of whether Hell is eternal. If I were asked by God to cast a vote in favor of Hell or against it, or in favor of a temporary Hell rather than an eternal one, I would make a choice based on my limited human understanding and I certainly wouldn't vote for eternal suffering. But since I believe there is a God who is both loving and holy, and that he sent his Son Jesus to save us, and that Jesus said more about Hell than anyone, then I bow my knee to his authority and trust his intellect above mine even when certain things don't make sense to me.

I'm well aware that many don't believe in Jesus and don't believe the Bible accurately conveys His words. I actually do, and hence while I trust my intellect to understand what Scripture says (though I no doubt sometimes get it wrong) I do not trust my intellect more than I trust God's Word or Jesus. I submit to what I believe is a higher authority even when it goes against my preferences. So I trust my mind to a degree, but I do not consider myself my final authority, which is what allows me to believe many things I never would have figured out on my own.

article February 25, 2010
I wanted to thank you for taking this afternoon time out of your busy schedule so we could meet. 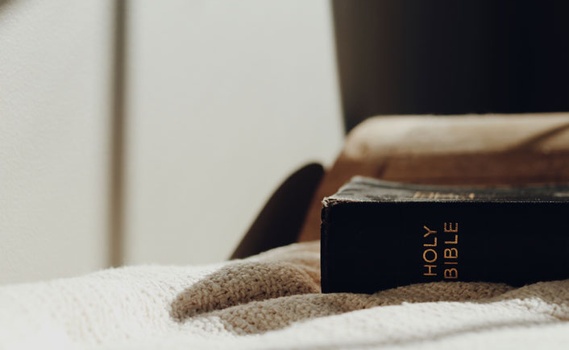 What Is Faith? Why Should I Believe in Christianity and Not Some Other Religion?

article February 5, 2010
A person may know all the facts of the Bible and believe them to be true and still spend eternity in Hell. A person may believe that God exists, that Jesus lived, died, and was resurrected from the dead. A person can be very religious and still not know Christ.
Invest in Eternity