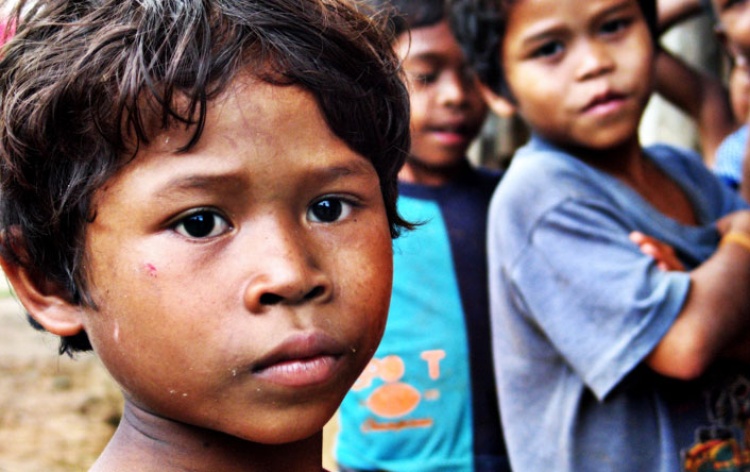 Today we’re launching a new blog series (every few weeks we’ll share a post) that addresses social justice issues that affect the most vulnerable people in the world today. Each blog will focus on a specific, often overlooked, people group in need both physically and spiritually. Also, at the end of each post, there will be further information and ways for you to get involved and make a difference.

This first blog focuses on child poverty in urban areas. Though many groups through the centuries have reached out to suffering children, the breadth and depth of poverty is only increasing. In the past, children who lived in or near cities were usually better off than poor children in rural areas, but that dynamic has dramatically shifted. Today, children (many of whom have at least one deceased parent) are living on the streets and in slums. This puts them in serious danger of malnutrition, exposure, disease, violence, sexual abuse, human trafficking, and child labor. (Unicef’s 2012 “State of the World's Children” report provides more statistics and information.)

Watch this insightful 1.5 minute video about children in crisis from ACTION International, a ministry that has been laboring for decades to reach street children for Jesus:

I’m also sharing a blog from Covenant Ministries, one of several ministries that supports street children. It’s a poignant account of the Lord’s provision and a little boy’s path to a better life.

Reclaiming the Innocence and Opportunity of Childhood

Many large African cities are faced with the challenge of street children. When families are decimated children lose hope for their future, and they often end up on the street begging and stealing. The streets of Addis Ababa, Ethiopia are replete with examples of this tragic loss of childhood’s innocence and opportunity.

Most children living on the streets have relatives nearby who might be minimally capable of putting a roof over their heads. However, antisocial behaviors learned on the streets aren’t easily broken, and this can make the task of reconnecting children with their families quite challenging. Such was the case with a young boy in our program named Bereket. After years of fending for himself on the street Bereket was befriended by Tesfaye Melaku, our Program Coordinator in Addis Ababa (whom we introduced in last year’s Sponsorship Program Update.) Tesfaye was quickly able to find a relative willing to take Bereket in, so we assigned him a sponsor and started supporting him in the context of his extended family.

However, things didn’t go well at first. Instead of going to school, Bereket returned to his friends on the street. He stole from his family and soon wore out his welcome. With no other relatives willing to take him in, Bereket was back on the street again. But Tesfaye continued visiting him regularly. He found a family in our program who agreed to include Bereket in their meals, then set out prayerfully to find him another home.

In time, Tesfaye found a guardian in our program who was willing to give Bereket another chance. The grandmother of a young girl named Meskerem agreed to take him in, as long as he would receive the same nutritional, medical, and educational support her granddaughter was receiving. This represented a wonderful opportunity for Bereket. He now had a chance to claim a different kind of life; far from the area of town where he might be tempted to rejoin his old friends on the street.

As of this writing, Bereket has lived for almost a year in his new home. He has adjusted well to family life, and developed a genuine love for his guardian and young foster sister. He has made friends in his new neighborhood, including some older boys (also sponsored in our program) who have been a positive influence on him.

Bereket has made a good educational adjustment as well, despite the fact that Tesfaye needed to convince the school administration to accept a 13 year-old who had never attended school. Bereket’s academic aptitude appears to be strong, and he finished his first year ranked near the middle of his class. He is in Grade Two this year, and we are looking for ways to provide extra tutoring to help him catch up with other students his age.

Bereket is learning that we serve a God of second chances. In one way or another, this is the story of every child in our program. We pray that all our children will make the most of this opportunity for a second chance at childhood, and we are grateful for each and every sponsor whose generosity is making it possible.

How Can You Get Involved?

Set aside a time and place to pray specifically for children living on the streets and in slums. Medical Teams International has listed these helpful seven ways to pray for the poor:

1. Ask God to provide food, shelter, water, and health to those without income or resources.

2. Ask God to touch your own heart, making you sensitive to the needs of the poor.

3. Pray that churches serving those affected by poverty will be able to provide spiritual comfort and physical help to people in their communities.

4. Pray that God will touch the hearts of political leaders to make decisions in the best interests of the poor.

5. Pray that God will protect those who are poor from abuse and exploitation by others who have greater power or resources.

6. Ask God to call His people to demonstrate His love for the poor—both in our own communities and around the world.

7. Pray that God will help the poor gain the understanding and power needed to improve their own circumstances.

Share this blog, or others that address children in crisis, with your friends!

Every Christian must ask, “What am I doing to feed the hungry and help the least of these? What am I doing to secure justice for the poor? What am I doing to uphold the cause of needy children?” Sentiment is not enough. Why not determine a salary to live on, then give back to God every dime he entrusts to us beyond that, so every day we work and earn income is a day that will help the poor and reach the lost.

Below are some organizations EPM recommends that reach out to children living in poverty.

A Future and a Hope/Kenya (home for orphaned girls)
www.afutureandahope.net

May God one day say of us what he said of King Josiah: “He defended the cause of the poor and needy, and so all went well. Is that not what it means to know me?” (Jeremiah 22:16) 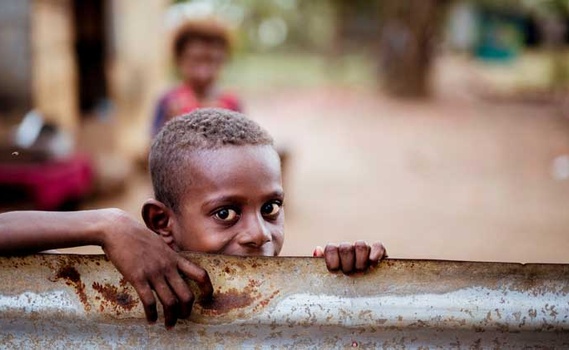 article May 14, 2018
One hundred million extremely underprivileged and street children struggle for existence in today’s cities. One hundred million! Are these children trash? Local businessmen in Brazil call them “Vermin, garbage. If we let them grow up, they will be criminals, a blight on our society.” 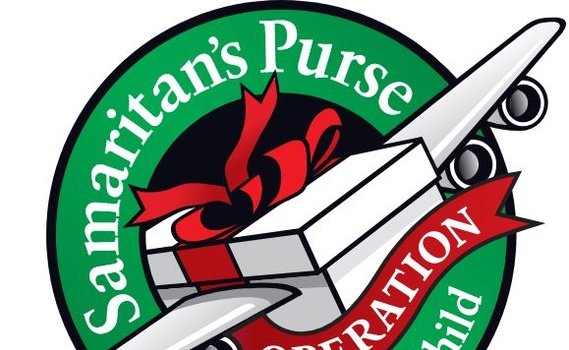 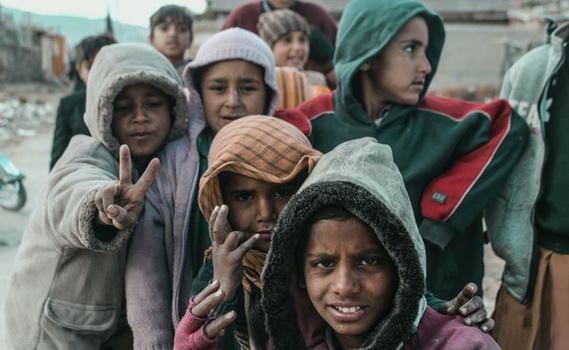 The Least of These: Refugees

article June 20, 2014
For those of us in the Western world, the idea of being a refugee—of being forced to flee your home under threat of persecution, conflict, and violence—is unthinkable.
Invest in Eternity