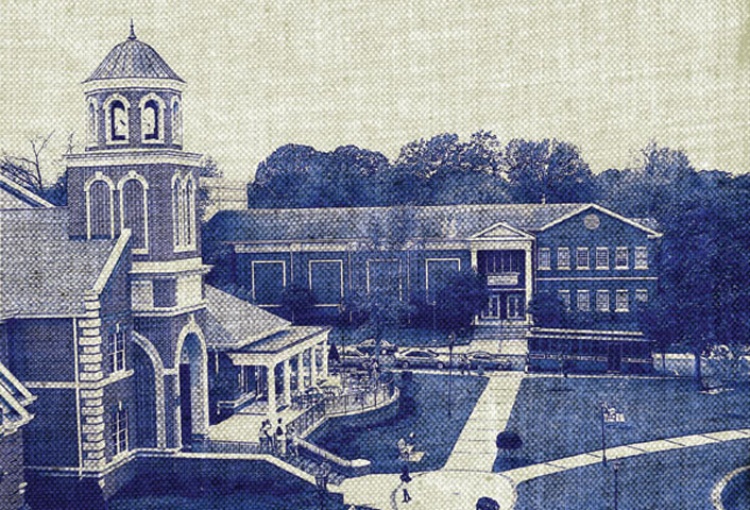 The percentage of college students today who grow up in Christian homes and later turn their backs on Christ is stunning, almost beyond belief. Summit Ministries reports:

Another study, the “College Student Survey,” asked students to indicate their current religious commitment. Comparing the responses of freshmen who checked the “born again” category with the answers they gave four years later, we find that on some campuses as high as 59 percent no longer describe themselves as “born again.” That’s a fallout rate of almost two-thirds!

Recently, the Barna Group reported on the spiritual involvement of twenty-somethings. The findings: only 20 percent of students who were highly churched as teens remained spiritually active by age 29.

I believe it’s vital that parents and church leaders understand some of the major reasons behind this trend—and know what they can do now to help their children prepare for the challenges ahead.

Issue #1: The Problem of Evil and Suffering

Many times the faith of students from Christian families is shaken because they have professors who argue, “Well, if you were in charge of the universe and all powerful, would you allow children to starve and be raped? I would think not.” As a young believer, C. S. Lewis was the first one to help me grapple with big and difficult questions like these. In The Problem of Pain, he described how he himself used to argue against the Christian faith:

Not many years ago when I was an atheist, if anyone had asked me, “Why do you not believe in God?” my reply would have [been]: “Look at the universe we live in.”...History is largely a record of crime, war, disease, and terror.... the universe… is running down.... All stories will come to nothing: all life will turn out in the end to have been a transitory and senseless contortion upon the idiotic face of infinite matter. If you ask me to believe that this is the work of a benevolent and omnipotent spirit, I reply that all the evidence points in the opposite direction. Either there is no spirit behind the universe, or else a spirit indifferent to good and evil, or else an evil spirit.

Has Richard Dawkins or any atheist ever stated it more clearly? I love that Lewis articulated the problem of evil and suffering better than most atheists. Yet he embraced a biblical worldview which had a far greater explanatory power than his atheism. And he passed it on to me. (Let’s feed our children C. S. Lewis on evil and suffering before they hear the rants of atheist and agnostic college professors, most of them intellectual pygmies compared to Lewis.)

In light of the great number of young people who go to college intellectually unprepared for what they’ll face, and ultimately reject their faith, we need to ask ourselves two questions: What are we doing to help nominally Christian young people come to a true faith in Christ? And what are we doing to help youthful genuine Christians go deeper in exploring Scripture, learning sound theology, and developing a truly Christian worldview, not a superficial one?

We need to teach our children to be readers and students of God’s Word. If I am biblically grounded I can read the Book of Mormon and a book by the Dalai Lama and evaluate it appropriately. If I’m not, by reading such things I run the risk of believing untruths and being sucked into anti-Christian heresy.

This is why so many Christian young people “lose their faith” in both secular and Christian colleges. Being insufficiently trained in the Scriptures, they fail to screen out what their professors and textbooks and peers are saying (and how they are living). They absorb and end up adopting from the college a false worldview, usually a specifically anti-Christian worldview. Some reject their faith entirely and seldom come back to church, but many more become nominal Christians who have adopted a worldview that overshadows and undermines their faith—even if they remain church-goers. 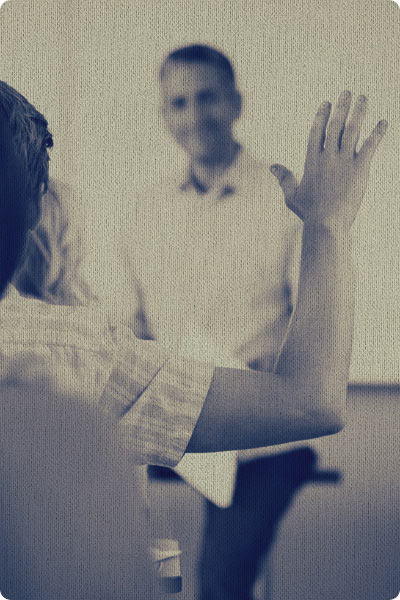 Let’s not leave it to the world to ask the hard questions. Let the church lead the way. The Bible raises these very questions—including “How Long O Lord?”—and answers them better than any other worldview. The church can play a critical role in helping young people prepare for what they’ll hear and face in college. (However, too often youth pastors get the blame for students whose parents expect the church to “fix” their kids. Unfortunately, speaking as both a parent and a former youth pastor, it isn’t that easy. The church can and should be a source of guidance and support for parents. But no youth group is a substitute for attentive, hands-on parenting.)

I believe we as parents and grandparents need to teach our children that it’s okay to explore difficult, theology-stretching issues. Don’t wait until they get to a secular high school or off to college to hear them discussed! Bring them up. Say, “Let’s talk about the fact that there’s a lot of evil and suffering in this world. Why do you think God allows all that? God’s all powerful. Why does He allow these things to happen?”

Instead, help them look at what the Bible says. Encourage their questions, and then go and read good books yourself. Bring valuable insights to them to help them understand the Christian faith and Lord willing, to own their faith for themselves.

Issue #2: The Problem of Sexual Impurity

And once they've begun practicing sexual immorality, the only way to resolve their guilt problem is either to confess and repent, or to disbelieve—to no longer embrace the worldview where there is a God who is our Judge and has moral standards we’re accountable to. It is very convenient for someone to reject faith and say it’s for intellectual reasons, when it's actually for moral reasons.

Again, parents need to lead the way by teaching and modeling purity in the home before their children reach adulthood. Train your children in choice and consequence, wisdom and foolishness, as exemplified in Proverbs. Teach them to love righteousness and hate sin (see Psalm 97:10). Teach them self-control—the ability to say no in other areas will carry over to sexual purity.

Parents should exercise gracious but firm control over their children’s friendships and media habits. We should avoid a double standard that says children shouldn’t watch impure programs on television, but it’s okay for adults.

Protect your children. Would any thinking parents pile a stack of pornographic magazines in their son’s bedroom closet, then tell him, “We trust you not to look at them”? This is what we do when we allow him a computer with internet access in his bedroom.

Every child receives a sex education. The only questions are: (1) When? (2) Where? (3) From whom? Parents should be their ultimate sex educators. Speak to your children about sex in age-appropriate ways not just as biology, but in the context of values, responsibility, and marriage.

If anyone else is teaching your children about sex, find out exactly what’s being said.

And teach and model modesty in the home. Where else will your children learn it? 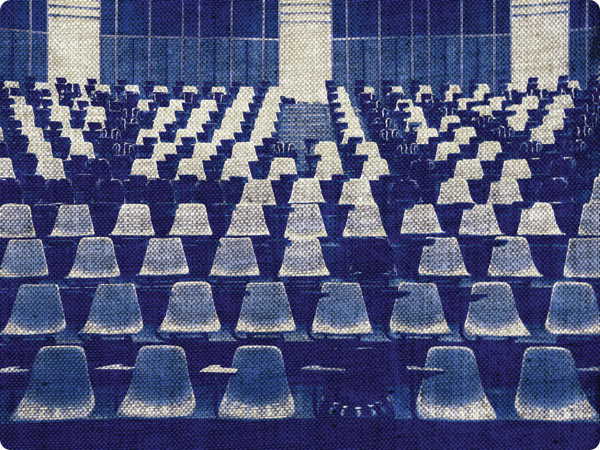 I realize this will offend some, but to be completely honest, I think no Christian young person should be sent to a secular college—or for that matter many “Christian” colleges—unless he is exceptionally knowledgeable of the Scriptures, is leading a strong Christian life and knows how to resist peer pressure and temptation to experiment with sex and drugs.

If he’s not prepared to question his professors and if he may give in to their skepticism and attacks on the Christian faith, he does not belong there. If we want our children to lose their faith, there are less expensive ways to help them do that! (I’m being deliberately sarcastic to make an important point.)

If your child is going to a secular college or a Christian college that doesn’t adhere to the authority of the Scriptures, is he/she mature enough to face the worldly temptations as well as the intellectual challenges to his faith? These are tough questions that need to be asked before your student steps foot in a college classroom. I highly recommend every parent read, and then discuss with their kids, J. Budziszewski’s book How to Stay Christian in College and University of Destruction: Your Game Plan For Spiritual Victory on Campus by David Wheaton. I also recommend Preparing Your Teens for College by Alex Chediak.

May we lead the way in teaching and training our children and grandchildren to follow Christ. And may we prepare them intellectually and morally for the world they’ll face as adults.

Don’t let anyone look down on you because you are young, but set an example for the believers in speech, in conduct, in love, in faith and in purity. (1 Timothy 4:12, NIV)

But as for you, O man of God, flee these things. Pursue righteousness, godliness, faith, love, steadfastness, gentleness.  Fight the good fight of the faith. (1 Timothy 6:11-12) 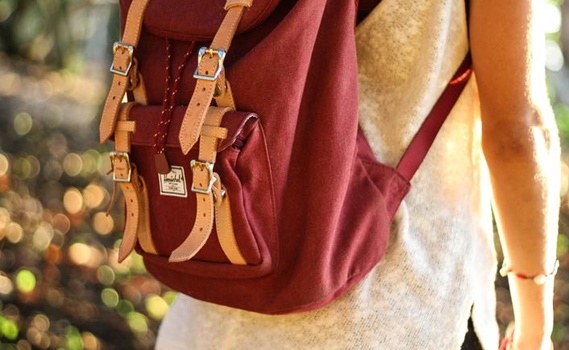 Addressing the Exodus of Young People from the Church

article January 31, 2020
This article is well done and is on a vital subject I’m deeply concerned about: the numbers of young people leaving the church, in what this article calls “the church exodus crisis.” I encourage pastors, parents, and those serving with youth to read this and take it to heart. 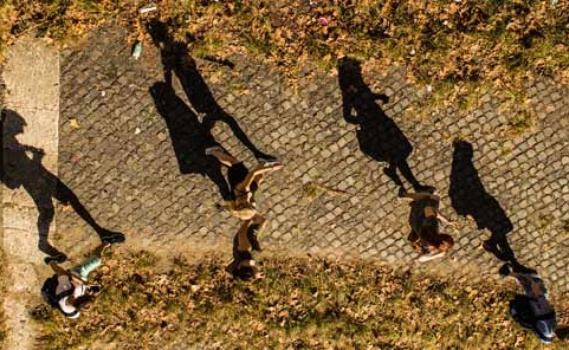 Tim Challies on Why Christian Kids Abandon Their Faith

article February 6, 2017
I’ve shared before my concerns over the number of college students who are abandoning their faith in Christ. This article from Tim Challies, one of my favorite bloggers, explains some of the reasons why that happens, and what Christian parents can do to address those reasons.
Invest in Eternity