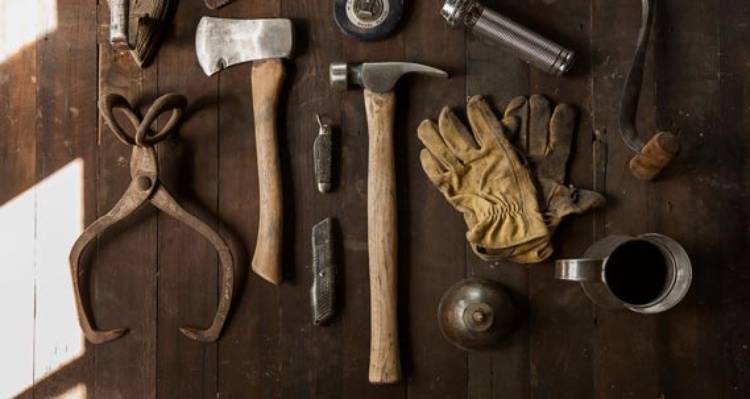 Experiencing growth and process are integral to the human experience. The first humans lived in process, as God ordained them to. Adam knew more a week after he was created than he did on his first day.

Nothing is wrong with process and the limitations it implies. Jesus “grew in wisdom and stature” (Luke 2:52). Jesus “learned obedience” (Hebrews 5:8). Growing and learning cannot be bad; the sinless Son of God experienced them. They are simply part of being human.

I love this article from David Mathis (executive editor for DesiringGod.org, and author of Habits of Grace) on the first thirty years of Jesus’ life. As you read his reflections this Christmas season, contemplate what amazing grace God showed to us by inhabiting space and time as a human being.

And consider too the implications that the eternal and omnipresent Son of God will, in ways difficult to grasp but which should prompt us to worship, remain embodied as a resurrected human being forever! —Randy Alcorn

How God Became a Man: What Jesus Did for Thirty Years

It is striking how little we know about most of Jesus’s life on earth. Between the events surrounding his celebrated birth and the beginning of his public ministry when he was “about thirty years of age” (Luke 3:23), very few details have survived.

Given the influence and impact of his life, humanly speaking, we might find it surprising that so little about his childhood, adolescence, and early adulthood is available — especially with the interest his followers, who worshiped him as God, took in his life. That is, unless, divinely speaking, this is precisely how God would have it.

After the birth story, the first Gospel tells us about the visit from magi, pagan astrologers from the east (Matthew 2:1–12), the family’s flight to Egypt for haven (Matthew 2:13–18), and their eventual return upon the death of Herod (Matthew 2:19–23). Matthew then jumps immediately to the forerunning ministry of John the Baptist, and Jesus as a full-grown adult — with nothing at all about the intervening thirty-plus years of childhood, adolescence, and early adulthood.

The third Gospel has more to say, but captures three decades of the most important human life in the history of the world in remarkably simple terms. Luke tells of the high angelic announcement to lowly shepherds (Luke 2:8–21) and the young family’s first visit to the temple (Luke 2:22–38). He then summarizes Jesus’s first twelve years of life in astonishing modesty:

The child grew and became strong, filled with wisdom. And the favor of God was upon him. (Luke 2:40)

Then, after recounting the story of a 12-year-old Jesus impressing adults at the temple (Luke 2:41–51), Luke reports some two decades — well more than half the God-man’s dwelling among us — in this simple sentence:

Jesus increased in wisdom and in stature and in favor with God and man. (Luke 2:52)

How fascinating would it be to know what life was like for the boy Jesus? Did he plainly outpace his peers in learning? Did his sinlessness infuriate fallen siblings? How skilled was he as a worker? Was his carpentry “perfect,” or did it make good sense around town when he transitioned into public ministry?

But it’s easy to digress into speculation and miss the powerful point of these important summary verses in Luke. God has something to teach us here in the precious few details. That he would send his own Son to live and mature and labor in relative obscurity for some three decades, before “going public” and gaining recognition as an influential teacher, has something to say to us about the dignity of ordinary human life and labor — and the sanctity of incremental growth and maturation.

God could have sent a full-grown Christ. And from the beginning, he could have created a world of static existence without infants, children, awkward teens, middle-agers, and declining seniors — just a race of young, spry, “mature” adults. But God didn’t do it that way. And he doesn’t do it that way today. He designed us for dynamic existence, for stages and seasons of life, for growth and development in body and in soul, both toward others and toward God.

The lion’s share of Jesus’s earthly life powerfully dignifies the everyday pains of maturity and growth common to humanity.

The ancient creed confesses his full humanity, in both body and inner person. Jesus is both “truly God and truly man, of a reasonable soul and body” (Chalcedon, AD 451). Having a “true human body,” Jesus was born, he grew, he thirsted, he hungered, he wept, he slept, he sweated, he bled, and he died.

All four Gospels unfold his three-year public ministry, and give nearly half their space to the final week of his life. But what was the God-man doing most of his earthly life? He was growing. What did he do for three decades between his celebrated birth and his unforgettable ministry? He walked the ordinary, unglamorous path of basic human growth and development. He grew.

The man Christ Jesus did not simply emerge from the wilderness preaching the kingdom. He learned to latch and crawl, to walk and talk. He scraped his knees. Perhaps he broke a finger or wrist. He fought off the common cold, suffered through sick days, and navigated his way in the awkwardness of adolescence. He learned social graces and worked as a common laborer in relative obscurity more than half his earthly life.

But Jesus grew not only in body, but also in soul, like every other human, in wisdom and knowledge. Even by age 12, Luke could say Jesus was “filled with wisdom” (Luke 2:40), not because he got it all at once, or always had it, but because he was learning.

Through sustained effort and hard work, he came into mental acumen and emotional intelligence that he did not possess as a child. And he didn’t receive it all in one moment, but he grew in wisdom, through the painful steps of regular progress. His human mind and heart developed. He grew mentally and emotionally, just as he grew physically. As Donald Macleod captures it, “He was born with the mental equipment of a normal child, experienced the usual stimuli and went through the ordinary process of intellectual development” (The Person of Christ, 164).

Surely, we find extraordinary instances later in his life of supernatural knowledge, given by the Spirit, in the context of ministry. He knew Nathanael before he met him (John 1:47), that the Samaritan woman had five husbands (John 4:18), and that Lazarus had died (John 11:14). Once he even knew that Peter would find a shekel in the mouth of the first fish he caught (Matthew 17:27). But we shouldn’t confuse such supernatural knowledge, given by special revelation, with the hard-earned, infinite learning of his upbringing.

Jesus learned from the Scriptures and from his mother, in community and in the power of the Holy Spirit, and he increased in wisdom by carefully observing everyday life and how to navigate God’s world.

An essential aspect of his growth in stature and wisdom was his learning obedience, both to his earthly parents (he “was submissive to them,” Luke 2:51) and his heavenly Father.

In the days of his flesh, Jesus offered up prayers and supplications, with loud cries and tears, to him who was able to save him from death, and he was heard because of his reverence. Although he was a son, he learned obedience through what he suffered. And being made perfect, he became the source of eternal salvation to all who obey him. (Hebrews 5:7–9)

In Favor with God and Man

When Luke 2:52 echoes the words of 1 Samuel 2:26 (“Now the boy Samuel continued to grow both in stature and in favor with the Lord and also with man”), he breaks through a potential hiccup in our perspective on human growth — both Jesus’s and our own.

True human growth is not Godward at the expense of love. And development in love should not serve as a distraction to Godward advance. The first commandment is love God. And the second is like it: love your neighbor as yourself.

No human, not even the God-man himself, skips the growth and maturation process, and no true growth is one-dimensional, but both toward God and man, with all the attendant pains.

Don’t begrudge God the glory of your long, arduous maturation process. In it you are tasting the growing pains that Jesus knows very well. And he stands ready to help you persevere until God’s process is complete. 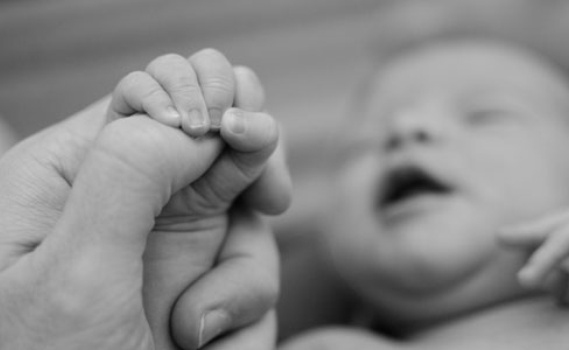 article January 21, 2015
God is the Great Storyteller. With grand artistry, He brings forth a beautiful world in a spectacular universe. As the culmination of His creativity, He fashions Adam and Eve. He could have shielded them from Satan’s temptations, warding off evil, suffering and humanity’s curse. But He didn’t. So the man and woman rebel against God, and evil enters the world. 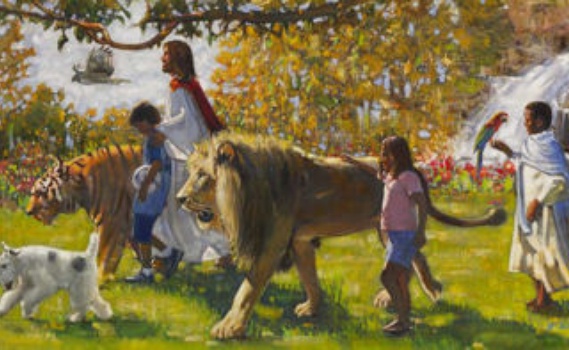 Why Do You Seldom Hear About Christ's Ascension?

article February 1, 2010
It’s true that the ascension is a neglected doctrine. It was considered more important to earlier generations of Christians than it is today.  One remarkable thing about the ascension is that it affirms Christ’s physical body went into Heaven following his resurrection. This is what the creeds call his “self-same body,” stating that likewise our self-same bodies will be restored in our resurrection.
Invest in Eternity