Christ’s Words from the Cross 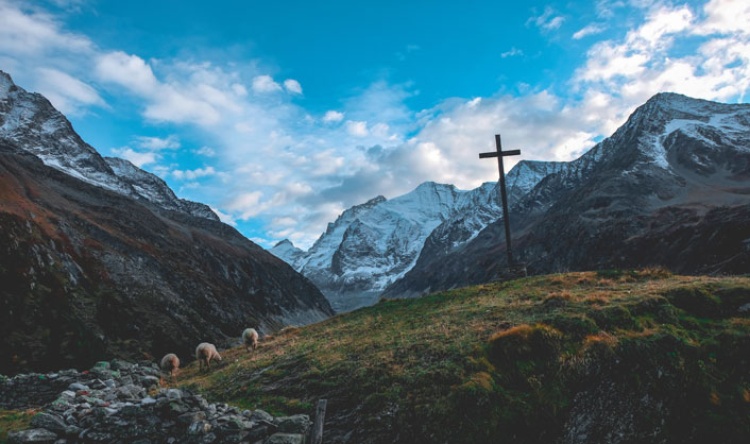 As you contemplate these words of Jesus He spoke while on the cross, and also the reflections from Christ-followers on His words (excepted from my book It’s All About Jesus), thank God for His willingness, in those three hours of unfathomable darkness, to make the ultimate sacrifice to purchase our place with Him forever.

Jesus said, “Father, forgive them, for they know not what they do.” And they cast lots to divide his garments.  Luke 23:34 ESV

Even the excruciating pain could not silence his repeated entreaties: “Father, forgive them, for they do not know what they are doing.”… The rulers sneered at him, shouting: “He saved others, but he can’t save himself    !” Their words, spoken as an insult, were the literal truth. He could not save himself and others simultaneously. He chose to sacrifice himself in order to save the world.  John Stott

Whenever I see myself before God and realize something of what my blessed Lord has done for me at Calvary, I am ready to forgive anybody anything. I cannot withhold it. I do not even want to withhold it.  Martyn Lloyd-Jones

The victim was stripped of his clothing, beaten and in many instances nailed to the cross (   John 19:1, 18, 23). It was dirty business, and the Romans were experts at it—known for lining the roads that led into a conquered city with people dying on crosses. The steady crack of their hammers could be heard above the screams of the victims. Each blow not only resulted in nearly intolerable agony but also reminded the victim that there was no hope left. But even in the middle of so horrific an ordeal, Jesus demonstrated his character. Unlike many others, he was no writhing, screaming, pleading victim, nor was he an angry, cursing man. Instead, as the hammers rang out, one voice could be heard to call out above the clamor, “Father, forgive them!” (Luke 23:34).  The Knowing Jesus Study Bible

Today you’ll be with me in paradise

Then he said, “Jesus, remember me when you come into your kingdom!” And Jesus said to him, “I assure you, today you will be with me in paradise.”  Luke 23:42-43 NLT

To die is to be with the Lord. It is not just an idea; it is a reality. But at the same time, Christ, the same Christ, gives the promise just as definitely that when I have accepted Christ as my Savior, he lives in me.  Francis Schaeffer

Jesus’ mother, who almost certainly was widowed and probably in her early fifties with little or no personal income, was dependent on Jesus, her oldest son. In keeping with the biblical injunction to honor one’s parents (Exod. 20:12; Deut. 5:16), Jesus makes here provision for his mother. It may be surprising that Jesus entrusts his mother to the “disciple Jesus loved” rather than to one of his brothers, but this may be explained by his brothers’ unbelief.  Andreas J. Köstenberger

My God, my God

Then at three o’clock Jesus called out with a loud voice, “Eloi, Eloi, lama sabachthani?” which means “My God, my God, why have you abandoned me?”  Mark 15:34 NLT

God allowed his own Son, as our substitute, to be forsaken, in order that we might never be forsaken.  The Knowing Jesus Study Bible

The unrighteous damned have no right to ask God why He has forsaken them (the reasons are self-evident to all who understand His holiness and our sin), but God’s Son, the Beloved One, was the only righteous one ever damned, and He had the right to ask… even knowing the answer.  Randy Alcorn

Jesus’ cries went unanswered so that my cries can always be heard. His loss is my gain. His sorrow is my rejoicing.  Melissa Kruger

The amazing beautiful wonderful truth is that because Jesus was forsaken, I never will be.  Vaneetha Rendall Risner

Jesus knew that his mission was now finished, and to fulfill Scripture he said, “I am thirsty.”  John 19:28 NLT

Our Lord came down from life to suffer death;

the Bread came down, to hunger;

the Way came down, on the way to weariness;

the Fount came down, to thirst.  Augustine

When Jesus had received the sour wine, he said, “It is finished,” and he bowed his head and gave up his spirit.  John 19:30 ESV

The concept of finished… can signal the realization of a goal or successful completion of an assignment… It can also mean fulfillment of a religious, legal or social obligation or accountability… One can also complete something in the same sense in which we finished a race… To finish might also signal the full repayment of a debt… When Jesus mouthed the three short words, “It is finished,” from the cross, he was in effect declaring that he had fulfilled all meanings: He had completed his assigned task, kept God’s law, finished the race and fully paid the debt for our sin.  The Knowing Jesus Study Bible

When Jesus said “it is finished,” he used the Greek word teleo, which was commonly written over certificates of debt once they were fully paid. It’s not that Christ paid for 99% of your sin and guilt and you must somehow pay the other 1%. He paid it all.  Randy Alcorn

You can’t imagine a more victimized person than Jesus. Yet when he died, he didn’t say, “I am finished” but “It is finished.” He did not play the victim, and thus he emerged the victor.  Joni Eareckson Tada

The task Jesus had come to accomplish was indeed finished, but Jesus himself was not. The devastated disciples concluded that the mission into which they had poured their life energy had ended with Jesus’ final breath (Matthew 26:56). The soldiers who had pierced Jesus’ side with a spear assumed that the social upheaval caused by the activities of this rabble-rouser were “finished” and that they wouldn’t have to deal any longer with this thorn in their side (   John 19:33-34). The edgy religious leaders hoped that the influence of our Lord was “finished” but asked Pilate to seal Jesus’ tomb to ensure that the disciples wouldn’t steal his body (Matthew 27:62-66). Satan gleefully presumed that the threat from this sworn enemy had come to an end, and he gloated in the realization that Jesus was dead and buried (Colossians 2:15). But all of them were wrong. Three days later the Redeemer rose triumphant from the dead!  The Knowing Jesus Study Bible

All of salvation is from and about Jesus. No one can boast. He starts and finishes it.  Trillia Newbell

Jesus’ last word is our first word. It is finished. When he died, our life began.  Louie Giglio

Father, I commit my spirit

Jesus cried again with a loud voice and breathed his last. At that moment the curtain of the temple was torn in two, from top to bottom. The earth shook, and the rocks were split. The tombs also were opened, and many bodies of the saints who had fallen asleep were raised.  Matthew 27:50-52 NRSV

As a true human being Jesus endured every kind of temptation and every kind of suffering a person can experience (Hebrews 2:18; 4:15), especially in those final, dying moments, and he could do nothing other than commit his life to the Father… His suffering, pain and death were all very real. He recognized, just as we must, that his “times” were secure in the hands of his loving and faithful Father (Psalm 31:15).  The Knowing Jesus Study Bible 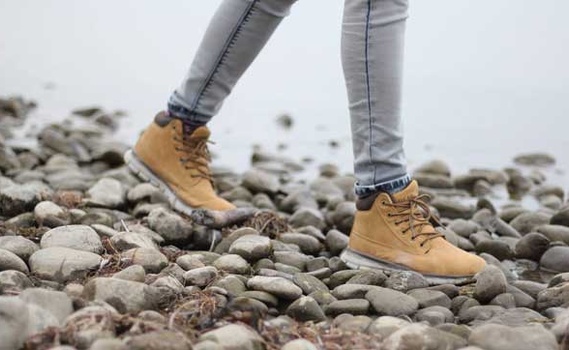 When It Comes to Our Suffering, God “Gets It”

article October 15, 2018
Jesus suffered the same trials and temptations we do. God understands our worst losses and heartbreaks, even our temptations: “Because he himself suffered when he was tempted, he is able to help those who are being tempted” (Hebrews 2:18). 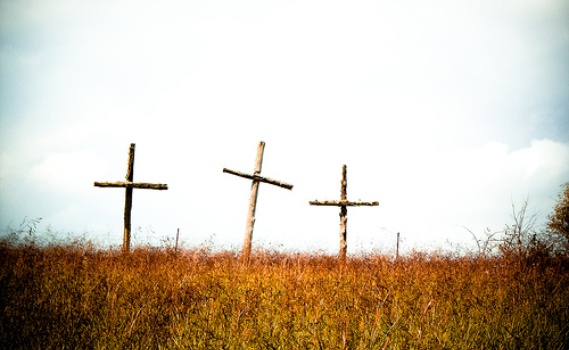 The Cross Is Central

article September 12, 2014
On the cross Jesus suffered the worst pain in history. Yet that event will forever remain at the center of our worship and wonder.
Invest in Eternity