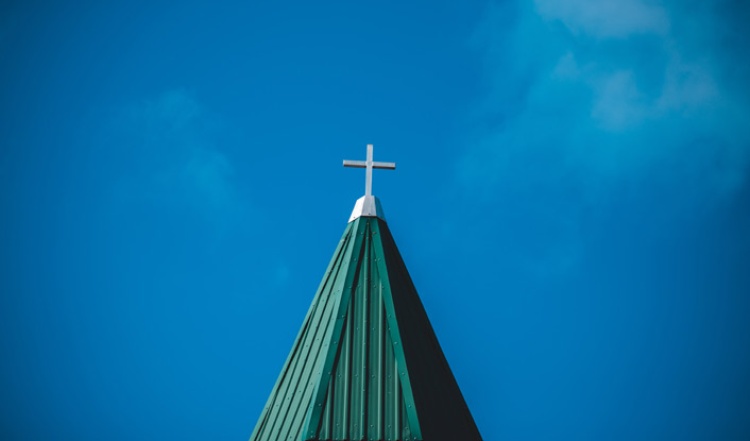 From Randy: This is an excellent blog from Brett McCracken on the problems with the church seeking to win the culture by conforming to it.

This was a favorite line for me, relevant to today: “Attempts to square Christianity with the politics of whatever audience you want to impress (and this happens across the spectrum) eventually leads to a faith shaped by politics rather than a politics shaped by faith.”

Thanks, Brett, for this great and insightful article.

At the beginning of the 21st century, “relevance” became the prevailing buzzword in Western evangelical Christianity. Sensing new urgency to make the gospel more appealing to the next generation—which polls showed were leaving faith in greater numbers—pastors, church leaders, and Christian influencers tried to rebrand faith. This was the era of Relevant magazine’s launch, Donald Miller’s Blue Like Jazz, and Rob Bell’s ascent as a sort of evangelical Steve Jobs. It was the moment when plaid, skinny jeans, beards, and tattoos became the pastor’s unofficial uniform. It was a public-relations effort to pitch a less legalistic, friendlier-to-culture, “emergent” faith that was far from the dusty religion of your grandparents.

I chronicled this awkward era in painstaking detail in Hipster Christianity: When Church and Cool Collide, which released 10 years ago this month. In many ways the book is a quaint relic by now—a time capsule of a certain segment of evangelicalism at the turn of the millennium. But the book’s dated nature proves the point I was trying to make—that “cool Christianity” is, if not an oxymoron, at least an exercise in futility. A relevance-focused Christianity sows the seeds of its own obsolescence. Rather than rescuing or reviving Christianity, hipster faith shrinks it to the level of consumer commodity, as fickle and fleeting as the latest runway fashion. To locate Christianity’s relevance in its ability to find favor among the “cool kids”—just the latest in a long history of evangelical obsession with image—is seriously misguided.

Here are a few reasons why.

Chasing ‘Relevance’ Is Exhausting and Unsustainable

As I write in the final chapter, it’s problematic to assume that true relevance means constantly keeping up with the trends and “meeting the culture where it’s at”:

This mindset assumes no one will listen to us if we aren’t loud and edgy; no one will take us seriously if we aren’t conversant with culture; and no one will find Jesus interesting unless he is made to fit the particularities of the zeitgeist. But this sort of “relevance” is defined chiefly and inextricably by the one thing Christianity resolutely defeats: impermanence. Things that are permanent are not faddish or fickle or trendy. They are solid. . . . True relevance lasts.

My argument centered around the inherent transience of “cool” that makes “cool Christianity” unsustainable by definition. Today’s hip, cover-boy pastor is tomorrow’s has-been. This year’s fast-growing, bustling-with-20-somethings cool church is next year’s “I used to go there” old news. Near instant obsolescence is baked into the system of hipster Christianity (or hipster anything). It’s telling that the majority of the “hip Christian figureheads” I profiled in the book are now far off the radar of evangelical influence. Donald Miller is a marketing consultant. Mark Driscoll’s Seattle megachurch dissolved. Rob Bell is a new-age guru endorsed by Oprah and Elizabeth Gilbert. And so forth. That many of the names and trends highlighted in Hipster Christianity a mere decade ago are now nearly forgotten (and would be replaced with a whole new set of personalities and trends today) proves the book’s point.

I know a few people who have stayed in hip churches for most of the last decade, but many more have moved on to another (usually liturgical and refreshingly boring) church. Others have left Christianity entirely. Turns out a church that seemed super cool to your 23-year-old self may not be appealing to your 33-year-old, professional-with-kids self. Turns out a church preaching sermons about “God in the movies!” more than the doctrine of the atonement doesn’t serve you well in the long run. Turns out a pastor you can drink with, smoke with, and watch Breaking Bad with is not as important as a pastor whose uncool holiness might—just might—push you to grow in Christlikeness yourself.

David Wells has it right, in The Courage to Be Protestant, when he says:

[The] marketing church has calculated that unless it makes deep, serious cultural adaptations, it will go out of business, especially with the younger generations. What it has not considered carefully enough is that it may well be putting itself out of business with God. And the further irony is that the younger generations who are less impressed by whiz-bang technology, who often see through what is slick and glitzy, and who have been on the receiving end of enough marketing to nauseate them, are as likely to walk away from these oh-so-relevant churches as to walk into them.

For pastors and churches, chasing “cool” is a fool’s errand. It’s investing energy in places that will only fail you—both because it’s utterly exhausting (who can keep up with the pace of trends?) and because it sucks energy from the more important, albeit less sexy, tasks of teaching sound doctrine and making true disciples.

Overemphasis on cultural acceptability—in whatever culture you’re in—inevitably leads to theological compromise. This is where evangelicalism’s pragmatism-driven image obsession has been its undoing. Seeker-friendliness almost always means softening difficult doctrines or ignoring them altogether. Preaching for applause, clicks, and street cred with a particular tribe almost always leads to theological distortion. “It’s time to bring Christianity into the 21st century” is usually code for “let’s stop harping about sex, cussing, holiness, inerrancy, and all that unpopular fundamentalist stuff.” Attempts to square Christianity with the politics of whatever audience you want to impress (and this happens across the spectrum) eventually leads to a faith shaped by politics rather than a politics shaped by faith.

In the decade since Hipster Christianity, I’ve noticed a pattern. A theologically conservative 20-something seminary grad is amped about planting a church in some post-Christian place with killer coffee (Portland, Brooklyn, San Francisco). He moves there and starts a church with good intentions to transform the highly secular culture for Jesus. But over time, the highly secular culture transforms him instead. Ostensibly missional immersion in the libertine morality, woke politics, and craft-beer scene of the city’s gentrifying neighborhood forms him in its image. Instead of changing the culture, he’s changed by it. An initially earnest attempt at “relevant Christianity” gave way to cynicism, a compromised witness, and maybe even abandoning the faith. Mark Sayers talks about this dynamic insightfully in his 2016 book, Disappearing Church. It’s a big reason why hipster Christianity has failed to energize the sputtering evangelical movement.

To be sure, engaging the culture is vital: understanding it, diagnosing it, appreciating aspects of it. But don’t be naive about its risks (I speak from much experience here). The formative power of our increasingly post-Christian, digitally mediated world is not to be underestimated.

We Are Inheritors, Not Inventors, of Christianity

Ultimately, the evangelical church’s relevance obsession—of which “hipster Christianity” is just one manifestation—stems from one of its biggest vulnerabilities: ahistorical presentism. Your average evangelical has woefully little grasp of Christian history and church tradition (because how are long-dead dudes like Augustine relevant to the totally unique needs of millennials?!). But ignorance of the past makes evangelicals susceptible to all manner of theological and ecclesiological confusion. Instead of continuity with the church’s past, building on the foundations of Christian history and joyfully stewarding received doctrine and praxis, many are more interested in constant reinvention. The assumption is that every new generation must “do church” in a fresh way.

Certainly contextualization is important, and adapting to the times is necessary to some extent. Certainly not everything handed down from previous generations is worth preserving. But secular observers are right to be suspicious when they notice the large number of churches pitching themselves as new, different, and out-of-the-box (“We meet in an abandoned J. C. Penney!” “Our worship band sounds like Pink Floyd-meets-Sigur Rós!” “We’re charismatic Calvinists with an in-house coffee roaster!”). It can’t help but feel like churches are just consumer products seeking to differentiate themselves in a crowded marketplace—entrepreneurial schemes and gimmicks to sell some spiritual experience.

That’s what “trendy church!” invariably communicates: just another thing being sold to you. This is a problem for many reasons, as I wrote in Hipster Christianity:

If I primarily choose Christianity because it is slickly marketed, like I might choose an iPhone, the risk is high that I won’t stay loyal to that “brand” forever. I never was attracted to the “thing” itself, after all—just the attractive marketing, which can easily be one-upped in the future by competitors. Attempting to sell the gospel as cool, then, is a dangerous proposition, because it bases the attractiveness of the gospel on an external definition of marketability and cool that will appeal to people but has very little to do with the actual content of the message. Converts to this gospel will likely be like the seeds on rocky soil in Matthew 13—rootless.

It can be tempting for pastors and church leaders these days to get desperate, resorting to outrageous novelties and gimmicks to break through the noise and get people in pews. But remember that if the faith we draw people to doesn’t accurately reflect the faith given to us by Jesus—if our attractional church downplays the cost of discipleship (Luke 14:25–33), for example—it will not be a sustainable or transformative faith.

All the cool churches, well-coiffed pastors, and sleek “new ways to be Christian” pitched in the last two decades haven’t reversed the downward trend of Christian affiliation in America. The “Christianity 2.0” strategy of reimagined, “relevant” faith didn’t work. Maybe a back-to-basics embrace of Christianity 1.0 is what we actually need.

Better than the awkward desperation of “cool Christianity” is the quiet confidence of faithful Christianity. More compelling than any celebrity pastor or bespoke packaging is a church’s steady, committed, hand-to-the-plow presence that creates lasting change for the better in lives and communities. If there’s anything I’ve come to see in the decade since I wrote Hipster Christianity, it’s this: a faith received is more trustworthy and transformative than a faith reconceived.

This article originally appeared on The Gospel Coalition, and is used with permission of the author.

Photo by Erik Mclean on Unsplash 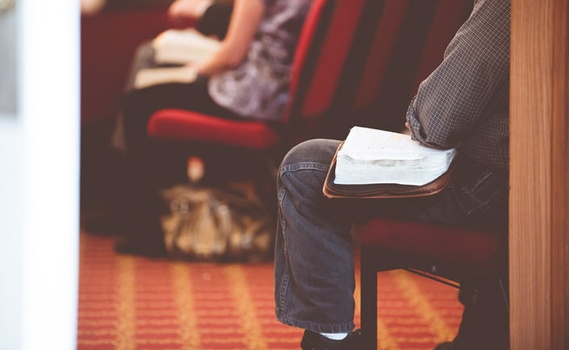 article February 18, 2013
I came to Christ at an uncool church (not the one in the photo, but built in the same era).

article January 28, 2009
When Gianna Jessen spoke at our church a few weeks ago, she said many memorable things. The one that I've been thinking about is that to be a follower of Christ you need to be willing to be hated.
Invest in Eternity