Is America More Prolife Than We've Been Led to Believe? 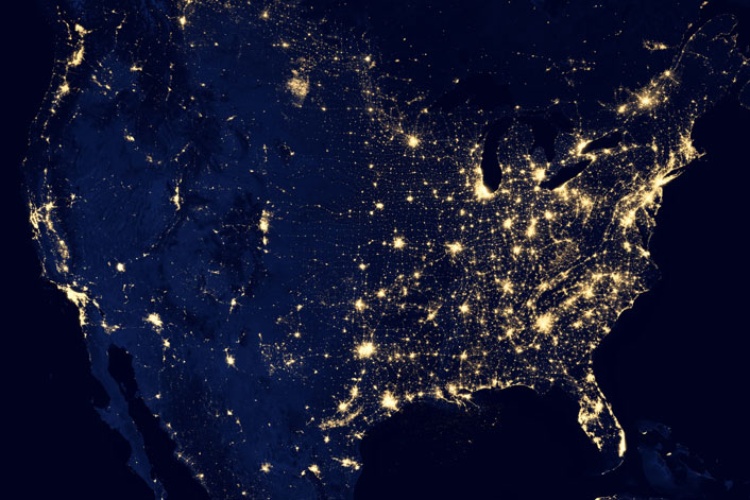 If Roe v. Wade is reversed by the Supreme Court, abortion will still be widely available in America, since many states will legalize it immediately. However, states will at least have the freedom to choose, which they have not had since 1973. With all the talk about the possible dismantling of Roe v. Wade by the Supreme Court, pro abortion advocates everywhere are crying, “The anti abortion beliefs of the minority shouldn’t be imposed on the majority of Americans.” But what do Americans really believe about abortion? We know the media is dominantly pro abortion, but what about average citizens?

1. A variety of major polls clearly indicate it is a majority, not a minority, who believe abortion should be much more restricted than current law allows.

In 1989 the Boston Globe, a vocally pro abortion newspaper, reported the results of its own survey: “Most Americans would ban the vast majority of abortions performed in this country.” The Globe found that “while 78 percent of the nation would keep abortion legal in limited circumstances, those circumstances account for only a tiny percentage of the reasons cited by women having abortions.” The “limited circumstances” were rape, incest, danger to the mother’s life, and deformity of the child. But in cases where pregnancy poses financial or emotional strain, or when the woman is alone or a teenager—in other words, in 97% of actual situations—an overwhelming majority of Americans believe abortion should be illegal.

A Los Angeles Times poll indicated that 61% of people believe that abortion is immoral, and 57% actually believe it is murder. A 1989 New York Times poll indicated 79% of the population opposes the current policy of unrestricted abortion. A 1990 USA Today poll showed 63% of people believe laws should be changed to allow greater restrictions on abortion.

A 1989 Newsweek poll indicated strong support for legislation restricting abortion. The question was asked, “Would you support or oppose the following restrictions that may come before state legislatures?” Nearly two out of three supported the restriction, “No public funds for abortion, except to save a woman’s life.” Three out of four supported the restriction that “Teenagers must have parent’s permission to get an abortion.” And nine out of ten affirmed support for a law saying “Women seeking abortions must be counseled on the dangers and on alternatives to abortion.” Despite this support by the overwhelming majority, most of these restrictions are not in place in most states. 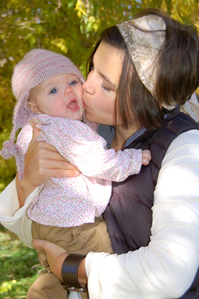 When asked when the child’s right to life outweighs the woman’s right to choose, a full 50% said “conception.” Only 7% said “birth,” the position that most closely corresponds to current law. A clear majority of Americans approves of almost every kind of legislative proposal restricting abortions. For instance, 73% support the banning of all abortions in the second and third trimester. 69% support parental consent laws. An overwhelming 84% believe health and safety standards should be imposed on abortion clinics. And 86% believe the law should require that a woman receive information regarding fetal development and alternatives to abortion before she may obtain one.

In summary, “The Survey data yield the unmistakable conclusion: Americans generally disapprove of abortion in most circumstances under which it is currently performed.”

2. Many people’s apparent agreement with abortion law stems from their ignorance of what the law really is.

In reference to the 1991 Gallup poll, The Washington Times asked and answered a critical question: “So why has there been no tidal wave of opposition to the legal status quo of abortion on demand? Simply this: Americans don’t know what the abortion laws say.”

Indeed, the most startling discovery of the Gallup poll was that only 11% of Americans have an accurate understanding of the fact that abortion is available throughout all nine months of pregnancy. Interestingly, the one in four who “seldom disapprove” of abortion were the most likely to say they were “very familiar” with Roe v. Wade and abortion law. But the fact is that of those who considered themselves “very familiar” with the law, only 24% accurately understood what the law is!

In the words of Victor Rosenblum, past president of the Association of American Law Schools, the poll revealed that “An overwhelming majority of Americans simply do not understand what is allowed under current law. In many cases, it appears that people who consider themselves ‘pro choice’ simply don’t know what they’re supporting.” The poll shows that if they did know, many would not support it.

Of the six major polls I have cited, none was conducted by an organization with a pro life slant, and only one was even commissioned by such a group. Five of the six were conducted by publishers with a clear pro choice slant. Yet all six polls clearly demonstrate that if Americans had their way abortion would be severely restricted in this country. These restrictions would not impose a minority morality on the nation. On the contrary, they would reflect what a majority of Americans already believe. (A primary reason for America’s misinformation about abortion law is apparent from the research of Los Angeles Times reporter David Shaw, who pointed out in 1990 that the New York Times, Los Angeles Times, Milwaukee Journal, Louisville Courier Journal and other major newspapers had all misrepresented the facts about abortion law to their readers within the previous year—despite the fact that they had already had seventeen years since Roe v. Wade to learn what the law really meant.)

3. Beliefs that abortion should be restricted are embraced by a majority in each major political party.

The 1991 Gallup poll also categorized abortion beliefs according to political party. The differences were much less significant than most people would anticipate. For instance, 55% of Republicans believed that the unborn’s right to be born outweighed the mother’s right to choose at the point of conception. Of Democrats, 51% said the same, as did 43% of Independents and 57% of “other parties.” Only 5.8% of Republicans said the unborn’s rights did not outweigh the mother’s until the point of birth, and only 7.3% of Democrats said the same. This is remarkably close agreement given the parties’ differing platforms.

Also remarkable was the political breakdown among voters who identified themselves as either “Strongly Prolife” or “Strongly Pro Choice.” These are people who said they would “withhold their vote from a political candidate with whom they largely agree, but with whom they disagree on abortion.” The “strongly prolife” outnumber the “strongly pro choice” among Democrats, Republicans and Independents.

4. The 1973 Supreme Court imposed a minority morality on the nation, ignoring the votes of citizens and state legislatures.

Abortion was illegal in every state in America until 1967, when some abortions became legal in Colorado. Fourteen other states followed, permitting abortion under very restrictive conditions. In 1970 New York became the first state to have abortion on demand, though even that was limited to twenty four weeks. In the following two years, thirty three states debated the issue in their legislatures and all thirty three voted against legal abortion. Even New York repealed its own abortion law, but because of a veto by Governor Nelson Rockefeller, the law remained in force.

After being stopped in legislatures and in state courts, pro abortion advocates proposed ballot measures in Michigan and North Dakota in the November 1972 election. Michigan had been claimed to be 60% pro abortion. Yet 63% voted against legalizing abortion. Pro choice leaders claimed the Catholic church was behind anti abortion sentiments. So North Dakota, with only 12% Catholics, seemed an ideal place to pass a referendum legalizing abortion. But an overwhelming 78% of the state’s citizens voted against the measure, desiring to keep abortion illegal.

It was only two months later, in January 1973, that the Supreme Court imposed upon every state in the nation a policy of abortion on demand, making it illegal for states to restrict abortion in any meaningful way. Even the majority of states where legislatures and citizens had debated and voted against legalizing abortion, were forced to come under the Supreme Court’s revolutionary decision. Hence, the opinions of seven men imposed a radical new morality on the entire nation.

The Supreme Court determined that no state could put any legal restrictions whatsoever on abortion in the first three months of pregnancy. They said abortion was allowed until birth, provided only one physician considered it necessary for the mother’s “health.” In an adjoining case, Doe v. Bolton, the court defined “health” to embrace almost any consideration. It said abortions were legal “in the light of all factors—physical, emotional, psychological, familial and the woman’s age—relevant to the well being of the patient. All these factors may relate to health.”

The emotional and psychological provisions for abortion until the day of birth meant that anyone who wants an abortion because she feels having a child might be stressful can get one. Hence, what was imposed on America was not only legalized abortion, but the most liberalized abortion policy conceivable. The first major step in correcting this policy was the 1989 Webster decision, which gave back to the states some of the power that had been abruptly taken from them sixteen years earlier.

Former president Reagan summarized the issue this way: “Our nation-wide policy of abortion on demand through all nine months of pregnancy was neither voted for by our people nor enacted by our legislators—not a single state had such unrestricted abortion before the Supreme Court decreed it to be national policy in 1973.” The Roe v. Wade decision, Reagan said, was nothing but “an act of raw judicial power.”

The beliefs of the majority of citizens, and the laws and votes of the states and their legislatures, have never been more blatantly disregarded than in the 1973 Roe v. Wade decision. It is a fact of history that it was the pro choice position that was forcibly imposed upon the largely unwilling citizens of America. The complaints of pro choice activists notwithstanding, any change in that law would not be the imposition of a new minority morality, but the restoration of an old majority morality.