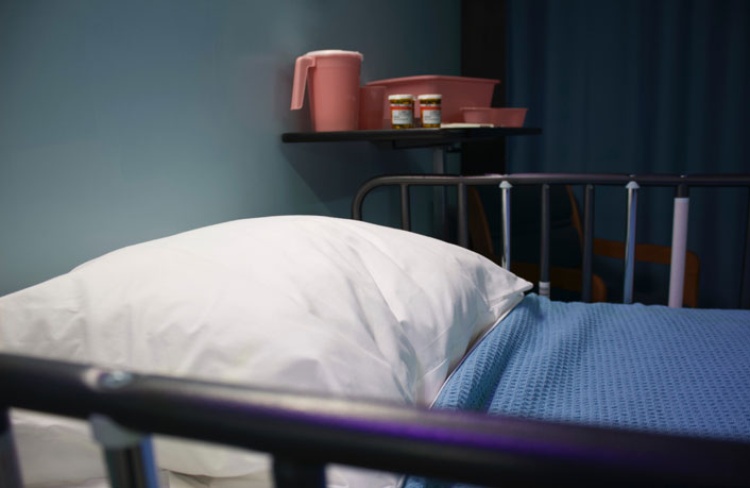 If passed November 8, Ballot Measure 16 will make Oregon the first place on the planet where physician-assisted suicide is legal. (Even in the Netherlands it isn’t legal, though it’s commonly practiced and openly admitted.)

What follows is my own revised version of information largely gleaned from the Coalition for Compassionate Care.

Those of you in other parts of the country will face similar measures regardless of what happens in Oregon. Ballot Measure 16, which polls indicate is now favored to pass, would legalize physician-assisted suicide. The measure violates clear biblical principles affirming the value God places on human life, and his sole prerogatives as the giver and taker of life. In past issues of Eternal Perspectives I’ve addressed the substantial biblical arguments against euthanasia. I won’t repeat those here, but will focus on the measure’s violations of common sense and decency that nonchristians should be able to see as well:

1. The measure gives no consideration for misdiagnosis.

Only capable adults expected to live less than six months can be given lethal drugs under the measure. But do doctors really know how much time is left? Are they God? Physicians can predict death like meteorologists can predict the weather—probabilities only. Besides, once the door is open the element of subjectivity reigns—anyone in pain can suddenly be said to “probably only have six months left.” (Keep in mind that many physicians strongly oppose this measure. They clearly see the dangers I’m presenting here and don’t want the godlike power the measure would give them.)

The law would require two physicians’ approval of a suicide request. Mental evaluation is optional unless either physician believes the patient has “mental disorder or impaired judgment from depression.” Note that depression itself is not sufficient, only a doctor’s subjective opinion there is both depression and “impaired judgment” from depression. Research shows most patients requesting physician-assisted suicide are suffering from treatable and reversible depression. Yet few doctors are trained to assess the presence and effects of depression. How often will patients end up dead rather than helped to cope?

3. Patients can be pressured to end their lives as a means of cost control.

The measure breeds the “just taking up bed space” mentality, the “step aside and make room for the younger generation” agenda. Physicians are being called upon to control the high cost of health care. The most obvious way is legitimizing and dignifying suicide and subtly pressuring patients into it.

4. The measure offers a “quick and easy solution” to a problem that should be dealt with in more challenging, but compassionate and caring ways.

It undermines compassion and caring by no longer making them necessary in dealing with a terminal condition. It breeds the mentality first fostered in abortion discussions—”it would be better for everyone if this person was dead.”

5. The measure promotes exploiting the vulnerable feelings of low self-worth and uselessness felt by many elderly, handicapped and dying people.

It allows the person in a temporary moment of weakness to take a measure that permanently ends his life. If society legitimizes doctor-aided suicide of those like them, how can they be convinced their life is worth living?

6. The proposed law protects physicians, but not patients. It gives doctors broad new powers, but patients get no new rights.

Doctors would face tougher scrutiny regarding cesarean section deliveries than for assisting with a suicide. Legal standards for terminating the life of a patient would be lower than for appendectomies.

7. As doctors move from care-givers to life-takers, physician integrity and physician-patient trust will be inevitably eroded.

If one of the physician’s options is recommending ending the patient’s life, it puts him into the pre-Hippocratic role of the pagan healer/killer. He will become accustomed to non-healing options. Even if the doctor maintains his integrity, patients will wonder if he is acting for their good. They will be frightened at what options he may be considering and recommending to their families.

8. Family notification is not required. The only requirement is that doctors suggest to patients they tell their family.

Of course, even if the family was contacted and agreed, it would still be suicide and still be wrong. But if the measure is implemented, family members will acclimate to the idea that this is a legitimate option, the best option, couching the desire to avoid financial and personal strain in terms of “its really in their best interests.” (Again, this is exactly what happened with abortion.)

9. Once the patient is given lethal drugs, there is no protection or monitoring.

Legal heirs and others who could benefit financially from the patient’s death can serve as “witnesses” affirming the person’s desire to end his or her life. The door is wide open for unscrupulous care-givers or greedy relatives to coerce the patient into taking the lethal drugs. Since their death is now legitimized and expected, it wouldn’t be investigated as murder.

Just as abortion clinics were established when abortion was legalized, so specialty death clinics could be established in Oregon, advertising in the yellow pages and making huge profits from killing people. As parents now drive to abortion clinics to kill their babies, so children could drive to euthanasia clinics to kill their parents. As New York was once a state where parents went to kill their children, Oregon would be the state where people fly their aged parents to have them legally killed. (Their consent will be required, of course, at least at first. But cloudy mental faculties under pressure will be easily persuaded in many cases.)

Note: Though the measure specifies “Oregon residents,” it provides no legal definition of “residents.” I checked into this and was told that terminology such as “owning a residence” or “domicile” would have restricted the measure to those living in Oregon. However, no such limiting word is included. By common law a “resident” is defined as anyone who intends to remain in Oregon. No history of residence is required. Anyone wishing to receive lethal drugs can say to a doctor “I intend to live the rest of my life in Oregon” and the arrangement will be legal.

11. Reporting requirements, and the social awareness they bring, is virtually non-existent.

Oregon would have more data about appendectomies than about assisted suicides. This will disguise how wide spread the practice becomes, until the “exceptional” case becomes the norm.

12. The slippery slope: eventually non-terminal patients will be permitted physician-assisted suicide, including Alzheimer’s patients, the handicapped and other “less desirable” people.

In 1990 in the Netherlands, with a population five times that of Oregon, statistics indicate 400 people died as a result of doctors providing them means to kill themselves; 2,300 people were put to death by doctors, at their own request; 1,040 people died from involuntary euthanasia, meaning that doctors actively killed these patients without their request (72% of these had never given any indication they wanted their lives terminated under such circumstances). An astounding 8,100 patients died as a result of doctors deliberately giving them overdoses of pain medication for the primary purpose of hastening patient death. A total of 11,800 people, over 9% of all deaths in the Netherlands in 1990, were killed by deliberately lethal overdoses or injections.

It is now a widespread practice amongst Dutch physicians to deliberately falsify patients’ death certificates to say deaths occurred from natural causes. What began a few decades ago as an exceptional practice is now extremely common.

If there are physical justifications for suicide, there are surely mental justifications. Eventually health costs will increase the pressure to “take care of” the old and sick and mentally inferior. A whole new crop of Nazi-like euphemisms will emerge, parallel to “emptying the ghettos” and dealing with “the Jewish problem.”

Euthanasia is simply abortion of the elderly. The same logic and arguments and appeals to “compassion” and quality of life and financial concerns are used for both. Abortion has desensitized us to this measure, which in turn will desensitize us to other measures. (Perhaps a “Compassionate Alternatives for the Handicapped” measure will be next, which offer and encourage and eventually mandate suicide for the physical and mental drain to society.)

My prediction? If ballot measure 16 is passed, in 1995 physician-assisted suicide of the weak and elderly will be in place. By 2005 it will be a common and widely accepted practice. By 2015, for certain people fitting the profile, it will become a requirement.

Photo by Bret Kavanaugh on Unsplash

article April 5, 2005
The controversy over the decision of judges to starve her to death is not going away anytime soon—and that’s a good thing. 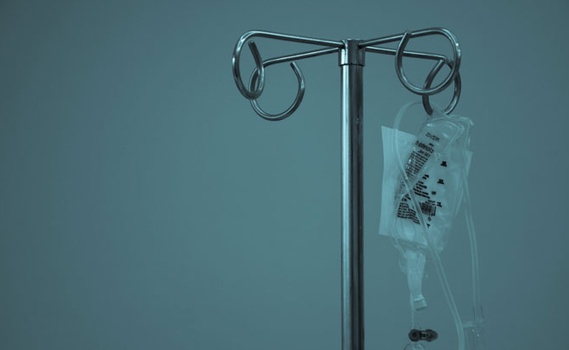 article June 20, 2003
Everyone deserves tube feeding and hydration. Right? Well, yes. Yet, like many seemingly simple questions, the answer may not be quite as simple when we consider individual cases.
Invest in Eternity