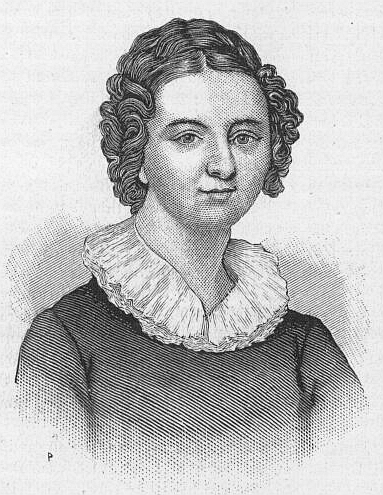 What would make a twenty-one-year-old, single Massachusetts girl want to travel half-way around the world to live in a society that had no knowledge of God?

After accepting Christ as her Savior at the age of sixteen, Ann Hasseltine experienced the New England religious revival of 1806, prompting her to dedicate her life to God. By the age of twenty-one (1810), she knew she wanted to be a missionary in a foreign land. While attending a missionary meeting hosted by her father, she heard four young students from Andover Theological Seminary petition to be sent as foreign missionaries. One of them was Adoniram Judson, who was invited to the Hasseltine home for dinner. They were soon engaged.

On February 5, 1812, they were married. The next day they started on a four-month ocean journey for Calcutta, India, with six other missionaries. At the time, both the government of India and the East India Company were opposed to missions. Soon the missionaries were ordered to leave the country.

So on July 13, 1813, they began their work in a land that had never heard the gospel, the seaport of Rangoon, Burma (located between India and China).

After learning Burmese, they began translating the Scriptures, but ran up against roadblocks. How do you explain a God who is eternal to a people who have never heard such a concept, and have no words in their language to accurately describe God, Heaven, and eternity?

As they worked among the people, they hoped that their lives would convince the Burmese people of their need for Christ. But after nine years, they had only eighteen converts.

Ann became part of the culture, adopting Burmese traditional dress, and forming a society of Burmese women who met together to pray and read the Scriptures. In her own way, she sought to overcome a society that didn't allow women many rights, education, or say in who they were to marry.

In 1822 bad health drove Ann back to America. She used this time to write a history of the Burmese mission, American Baptist Mission to the Burman Empire, which inspired many to become missionaries, especially women.

The year 1823 brought Ann back to her home in Rangoon, and also war between Britain and Burma. The Burmese associated Americans with the British, and thus threw Adoniram into prison, assuming he was a spy. They also detained Ann, who was pregnant, making her a prisoner in her own home. She was able to secretly provide Adoniram and other prisoners with supplies and food, and dedicated her time trying to influence the governor to free her husband.

Three months after their daughter was born, Adoniram caught a tropical fever. Ann cared for him until the guards secretly moved him to another prison eight miles away. Ann followed, but became seriously ill with smallpox and spotted fever.

When the war ended, Adoniram was freed and joined his wife and daughter after being imprisoned for eighteen months. But because of the weakness brought on by the illnesses, Ann died of a fever at the age of thirty-seven. Her daughter died six months later.

Was their sacrifice worth it? After twenty-four years, Adoniram had translated the entire Bible into Burmese. By the time of his death in 1850, Burma had sixty-three churches with 163 missionaries and native church leaders to carry on his mission.