God Came Down: The Gospel in Every El and Que Village By Christmas 2009

Last year, EPM introduced readers of Eternal Perspectives to our plans to fund the translation of the gospel into two languages, the El and Que languages, through the work of one of our ministry partners. Translation has never before been attempted in these languages, which represent approximately 750,000 people living on a Southeast Asian island near China. Since the project began a year ago, the teams have seen encouraging progress with a goal of translating the entire gospel of Luke by spring 2009.

The El and Que people are very poor and are mostly rural farmers and fishermen. God’s truth is scarce on this island; there are no missionaries who are specifically assigned to these people. Some of them have heard the gospel from other languages, but because it’s not available in their native tongue, the Good News has yet to take root in their hearts. There are a small number of believers and only a few churches, all of which are government-run and lack spiritual vitality. This is partly due to the fact that the national language is used instead of the peoples’ heart languages. According to the project facilitator, having the gospel in their own languages will make a huge difference.

Already the chapters of Luke that have been translated have produced fruit for Christ. A few months ago, the translation team went to a local restaurant to celebrate their first consultation. They were waited on by two waitresses from the El and Que people groups, and throughout the meal, the translators were able to share some of the stories from the translated portions of Luke.  As the team continued “testing” the portions to see if they were understandable, one of the waitresses was so moved by what was shared that she became a believer in Christ. This is the impact of the Good News!

The translation is not without its challenges, however. Part of the difficulty is choosing the right audience to test the translated portions. Another challenge is finding the right expression in the people’s languages for certain Biblical terminology, such as “kingdom of God.”

At this time, there is only an El language team, and no Que team. They would ask for your prayers that God would provide just the right translators. The team also needs prayer to stay focused and continue the pace of translation.

“We feel an extreme urgency to get the Scriptures and the JESUS Film translated so they can be used to share the gospel,” said the project facilitator. 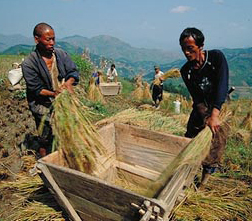 They hope to have both the gospel of Luke and the JESUS film finished by late spring 2009. Their goal for Christmas 2009 is to get copies of both the gospel and the film into every village so that the El and Que people can know of Jesus’ coming.

When asked what the motivation is for the translation, the field coordinator pointed to the promise of Scripture that tells us believers from every nation, tribe, people, and language will worship before the Lamb’s throne. “According to Revelation 7:9, the El and Que people will be there as well!”

To receive postal mail prayer requests and updates about the translation’s progress, please contact Eternal Perspective Ministries at (503) 668-5200, or e-mail stephanie@epm.org with your name and physical mailing address. Because of the confidential nature of this project, and for security reasons, detailed progress updates will not be available on the EPM website, Randy’s blog, or through email. 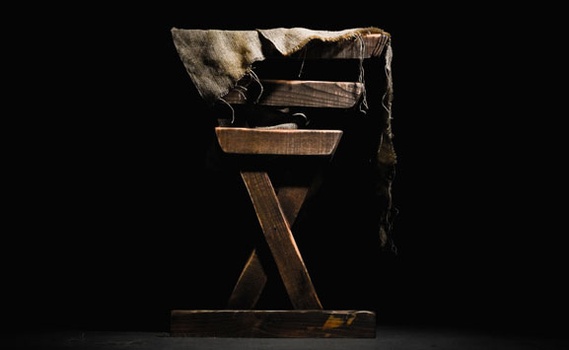 video December 22, 2021
Randy shares some thoughts this Christmas season about what Christ has done for us. "Whenever we are tempted in our suffering, to say 'God, why did you do this to me?', let's look at the cross and say 'Lord, why did you do that for me?'. Your grace is so great." -Randy Alcorn
Invest in Eternity