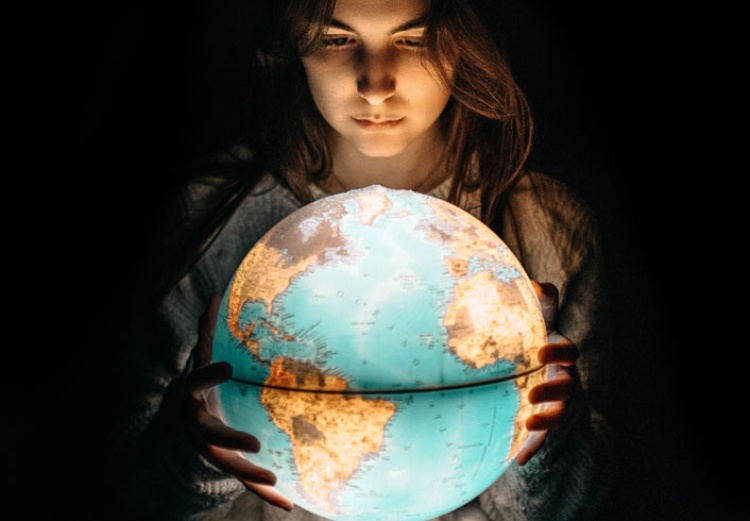 Wrong will be right, when Aslan comes in sight,  At the sound of his roar, sorrows will be no more, When he bares his teeth, winter meets its death, And when he shakes his mane, we shall have spring again.  —C. S. Lewis, The Chronicles of Narnia: The Lion, the Witch and the Wardrobe.

Is God going to destroy Earth and make a different one from scratch?

For some, the destruction of the Earth is something in science-fiction books and movies. But Peter, one of Jesus’ twelve disciples, wrote about what will really happen someday: “The heavens will pass away with a terrible noise, and the very elements themselves will disappear in fire, and the earth and everything on it will be found to deserve judgment” (2 Peter 3:10). Sounds scary, huh? (But if you know Jesus, you can relax, because “the end” will be followed by a fantastic new beginning of an exciting life that will never end!)

Think about the Flood that happened during the time of Noah. Although the earth seemed “destroyed,” it really wasn’t. It continued to exist.

You could compare the Earth’s future changes to that of a caterpillar. As you know, major changes happen to a caterpillar after it goes into a chrysalis. It comes out a new creature—a butterfly. It hasn’t stopped existing. It’s the same, yet transformed. And it’s a real, lasting transformation. Though transformer action figures can be changed back and forth, the butterfly can’t be changed back to a caterpillar (nor would it want to be). Likewise, the New Earth will never change back to the old Earth.

When God fashions this earth so that it’s new again, we’re going to live with him on it. Remember, Jesus is a carpenter. What do carpenters do? They make things, and they fix things that are broken. This earth is broken. It’s far from perfect now, because of sin. But Jesus is going to fix it, just like he’s going to fix us. We will be the same people made new, and we will live on the same earth made new.

Will the New Earth be like our Earth was in the beginning?

Every beautiful place on earth—the Grand Canyon, the Alps, the Amazon rain forests, the Serengeti Plain in Tanzania (where lions roam)—is just a small taste of what New Earth will be like. It’s like when your mom or dad lets you have a tiny piece of turkey or dressing to sample just before the Thanksgiving meal. It’s not enough to satisfy you. But it’s good enough to help you think about how delicious the whole meal will be!

All our lives, even if we don’t know it, we’ve been dreaming of the New Earth—the Heaven that will last forever. Whenever we see beauty in water, wind, flower, animal, man, woman, or child, we see just a sample of what Heaven will be like.

We should expect this New Earth to be like the Garden of Eden, only better. That’s exactly what the Bible promises: “The LORD will comfort Israel again. Her desert will blossom like Eden, her barren wilderness like the garden of the LORD. Joy and gladness will be found there. Songs of thanksgiving will fill the air” (Isaiah 51:3, NLT).

Will places like the Grand Canyon actually be on the New Earth?

Ever see an old house, car, or painting fixed up to look the way it used to be (before age and wear and tear messed it up)? Some of the paintings by famous artists from centuries ago have been restored. What’s that all about? Well, an artist or a team of artists cleans and (if necessary) uses new paint to brighten the faded colors of a painting. Although the painting is still the same, it looks once again like it was meant to look.

The New Earth will still be Earth just as we, in our new bodies, will still be ourselves. So we can expect New Earth’s sky to be blue and its grass green. Lake Louise (in Alberta, Canada) will likely become New Lake Louise.

In The Last Battle, when the children enter Aslan’s Country from Narnia, though they don’t yet know it’s Heaven, they see not only familiar sights from Narnia, but from their earth. Suddenly Peter says, “It’s England. And that’s the house itself—Professor Kirk’s old home in the country where all our adventures began!”

Edmund says that house had been destroyed. But then he’s told, “So it was. . . . But you are now looking at the England within England, the real England just as this is the real Narnia. And in that inner England no good thing is destroyed.”

Then Peter, Edmund, and Lucy gasp and shout and wave because across a valley they see their father and mother!

Photo by William Navarro on Unsplash 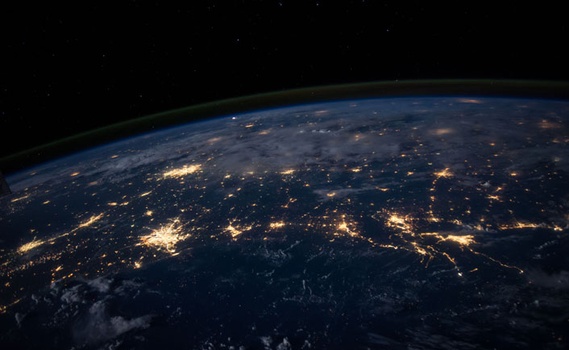 Will the Present Earth Be Completely Destroyed and All Matter Broken Down Before Its Resurrection, or Will Just the Surface Be Destroyed?

article March 19, 2019
Does everything melt and the earth's matter is all broken down, then God resurrects the New Earth from those pieces? Or is it more like the flood, where everything is covered and “destroyed,” but the basic form is still there?

video June 28, 2013
Randy Alcorn shows from Scripture that God does not distance Himself from the earth. His kingdom is not "out there somewhere." He will renew the earth and it will be our inheritance. God's kingdom is here on Earth as well. This video clip was excerpted from Randy's Eternity 101 DVD class.

God's Promise of His Ultimate World

video May 15, 2013
Randy Alcorn talks about the New Earth and what we are told will be there and won't be there, as well as explaining God's ultimate plan for those who believe in Him. This video clip was excerpted from Randy's Eternity 101 DVD class.
Invest in Eternity