A Giving Alternative: Donating to EPM via United Way

For years many Christians have struggled because of the annual office pressure to have full participation in giving to The United Way. The problem is, United Way funds have gone to Planned Parenthood and similar proabortion groups, as well as prohomosexual groups and others committed to anti-Christian beliefs and actions. Naturally, of course, Christians want to lead the way in generosity and this has presented quite a dilemma.

Good news—several years ago United Way set up an alternative program through which Christians can still participate through their place of employment, while designating the full amount to an alternative organization they do believe in. This cannot be just any organization, but only those United Way has officially approved. You may not be aware of this, but EPM is an approved organization.

If you would like your donation to go to EPM, simply provide your employer with EPM’s name and address (Eternal Perspective Ministries, 39065 Pioneer Blvd., Suite 100, Sandy, OR 97055) and the donor number 2363. If you want to confirm that the money has actually come through to EPM, email or call us and let us know the amount, and when it comes through we’ll notify you.

You might also want to know that United Way takes a cut from your donation to cover fundraising, administrative and program support fees. The percentage can vary from state to state but in Oregon it is 22.6% (so if you designate a $100 donation, we actually get $77.40). Since most companies are going for 100% participation in the United Way campaign regardless of the amount, one way to get around this would be to donate a small amount to United Way (even $5.00 or less) and give whatever you wanted directly to EPM (or any other ministry you’re interested in.) Most people who contact us are concerned about giving any money to United Way because of their funding of projects they don’t support such as abortion, homosexuality, etc., though United Way does some very good things, as well. This information is given so you can make an informed choice.

Thanks for thinking of us, and above all for being sure your money (God’s money) stays away from what he doesn’t approve of and goes to what he does approve of. 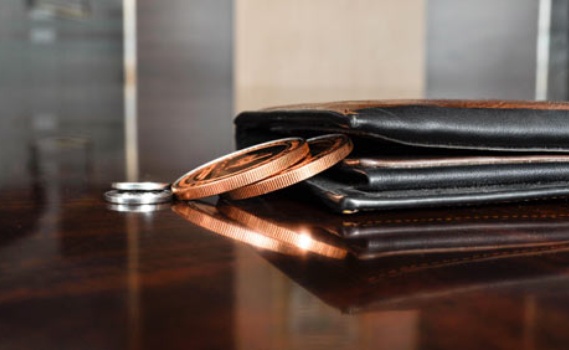 How Important Is it to Research Ministries Before Donating?

audio October 9, 2013
Randy talks about the importance of researching ministry organizations before donating, speaking to a group of CEO's (both secular and Christian).

audio October 9, 2013
Randy talks about how EPM has helped small ministries get donations, speaking to a group of CEO's (both secular and Christian).
Invest in Eternity