Shouldn’t a Person Give Not Just 10%, But as Much or as Little as the Lord Calls Them to Give? 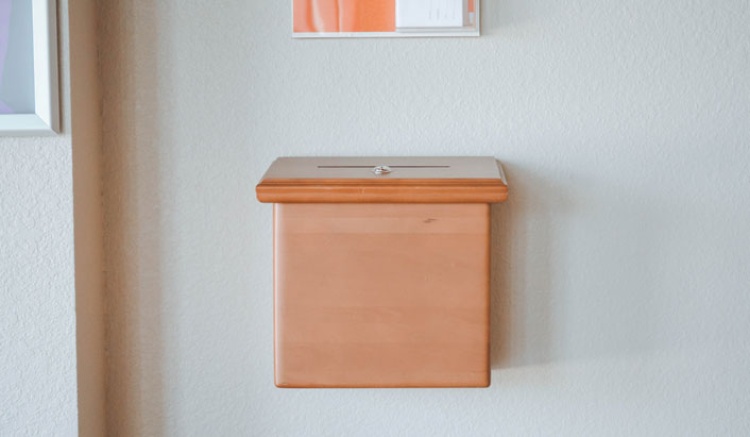 I would like to address your response to the question posed about tithing during times of extreme financial strain.

The tithe is mentioned nowhere in the Bible after Jesus’ death—along with a whole lot of other things that Christians felt were no longer necessary, such as sacrifices. The original tithe was not monetary. It was simply a tenth of one’s profits—whether in sheep, wine, or grain.

The early Christians gave everything—not just ten percent. Shortly after the Holy Spirit descended at Pentecost in the book of Acts, the Christians went and sold everything that they had and gave the money to the poor. The tithe was to be used for the poor, the widows, and the orphans as well as the Levites. It seems to me like there’s a whole lot of money being wasted in the church.

In light of these things, it is my understanding of the Scriptures that a person should give to whomever the Lord calls them to give in whatever amount He asks. If God asks eighty percent of me one month and two percent the next, then that is exactly what I should give. If God asks me to give dollars to the church or my washing machine to a brother or sister in need, then I should do it.

Yes, I think the tithe is a good starting point for baby Christians who are just beginning to understand the concept of giving; but for the mature Christian, I feel that they should be in such close communion with God that they give each month whatever He asks—whether nothing or everything.

My stated belief on the tithe is that it is the training wheels of giving, merely a beginning point. As to whether it applies to Christians, the question is whether New Testament grace lowers the standards of giving or raises it. Every New Testament passage on giving is, in my mind, far more radical than the Old Testament 10%. People are selling their property and giving it away to the needy; those living in poverty (2 Cor. 8-9) are joyfully giving at “more than their ability.”

To me, the question is whether God calls His new covenant people, indwelt by the Spirit, to give at anything less than what He demanded of the poorest Israelite, who didn’t know Christ’s grace and didn’t have the indwelling Spirit. It is unthinkable to me that God has called the church to give less than He required of Israel! That goes against the grain of the entire New Testament. Add on the fact that we live in the most affluent society in human history. That we could say—and I have heard many people say it who are in the top 5% of the wealthy in all history—”I can’t afford to give 10%,” is self-deception to the extreme. I often ask people, “Are you saying that if you got a 10% pay cut you would die of starvation?” Of course not. We can afford to give 10%—we simply don’t want to forego the things we like that would allow us to give.

You say, “In light of these things, it is my comprehension of the Scriptures that a person should give to whomever the Lord calls them to give in whatever amount He asks. If God asks eighty percent of me one month and two percent the next, then that is exactly what I should give. If God asks me to give dollars to the church or my washing machine to a brother or sister in need, then I should do it.”

The problem is this: is it really always clear to you exactly how much and to whom the Lord wants you to give? Personally, I think giving begins with the church. I lay out the biblical reasons in my book Money, Possessions and Eternity.

And how would you know “if God asks you” to give to your church? Wouldn’t it be helpful to start with a biblical minimum guideline, which is what the tithe is? (By the way, sacrifices and sabbath-keeping are specifically revoked in the New Testament, but tithing is not. Furthermore, the tithe was on things that had value—if someone wasn’t a farmer or shepherd, but was a carpenter or seamstress or shop owner, obviously they were expected to tithe off their financial profits. If it was just farmers and shepherds who were required to tithe, people would likely have chosen professions where they didn’t have to give away a minimum of 10 percent)

You say people should be in such close communion with God that they give each month whatever He asks - whether nothing or everything. Okay, that sounds good, but how would God have to reveal himself to you to convince you to literally give “everything” as he did the poor widow? Have you ever done that? Isn’t it much easier to give nothing? But when we give nothing was that really because God has asked or commanded or expected us to give nothing? I don’t think so. In other words, what you say sounds spiritual, but in actual fact, as it works out in most people’s lives, it would be ground for rationalizing not giving or giving at meager levels.

Here’s my concern—there are many people who say “I’ll just give as the Lord leads me,” but in my experience these are the typical Christians who give only 2-3 % of their income. Your example was giving 80% of your income one month. Have you ever actually done that? If indeed someone gave 80% one month and 2% the next, over time, that would be giving away a little over 40 percent total. But the statistics show that in fact, those who believe in “grace giving” (give only when you feel like it) give not at the 80 percent level, or anything close to it, but at the 2% level.

I think we rationalize and fail to appreciate how much God has entrusted to us, and how we are always spending discretionary income on unnecessary things, all the while saying “I can’t afford to give more.” Someone in our Bible study group insisted he and his wife couldn’t afford to tithe—yet he was driving an expensive car and often talked about how they eat out. We are blind to how much we have, and I think, blind to how much we could give and how much God wants us to.