How Broad Is the Command to Not Be "Unequally Yoked"? 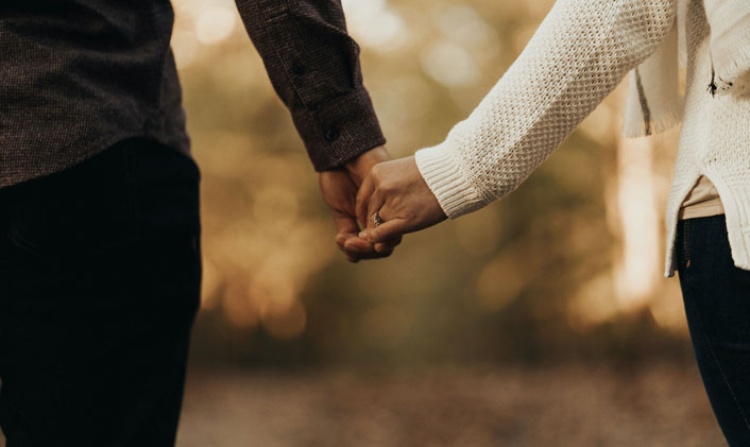 The ”unequally yoked” passage (2 Corinthians 6:14) is usually applied to marriage. What about business associations? How far does it go?

Further, what about Ephesians 5:7 which says: “Therefore do not be partners with them”? It is referring to: “Nor should there be obscenity, foolish talk or coarse joking, which are out of place, but rather thanksgiving. For of this you can be sure: No immoral, impure or greedy person—such a man is an idolater—has any inheritance in the kingdom of Christ and of God”?

And how does all this square with 1 Corinthians 5:9-11: “I have written you in my letter not to associate with sexually immoral people—not at all meaning the people of this world who are immoral, or the greedy and swindlers, or idolaters. In that case you would have to leave this world. But now I am writing you that you must not associate with anyone who calls himself a brother but is sexually immoral or greedy, an idolater or a slanderer, a drunkard or a swindler. With such a man do not even eat”?

1 Corinthians 5:10 is good in broad principle, saying we have to associate with the world since we’re in it. However, that is general association, not specific partnership. So in that sense I think 2 Corinthians 6 would trump 1 Corinthians 5 in terms of what you’re asking.

On the one hand, I would say that Ephesians 5 with the “do not be partners with them” would refer to becoming partners with them in their obscenity, coarse jesting, etc. That would be by participating OR by condoning through laughter and even by silence. I think that laughter is explicit approval and failing to speak up is implicit approval. To be honest, I have seen many people, including good friends, tell themselves they’re going to influence unbelievers toward the Lord by hanging out with them in their world, who end up violating Ephesians 5, and years down the road, they’re hanging out in bars and nightclubs and watching raunchy movies and pretty much demonstrating that Christians are no different than anybody else—and sometimes they’re proud of their Christian liberty, that they’re not legalists. It’s very sad.

Obviously it’s not inherently wrong to be employed by a nonbeliever, but employment is not partnership in the full sense of working shoulder to shoulder pulling the plow. If an employee has to draw the line because his boss is violating biblical principles, he can take a stand or quit, and is not responsible for the employer’s attitude or actions. A partner can take a stand, but the unbelieving partner is in effect representing him even when the believer isn’t present. They have a legal and moral yoke that is often complex. When the unbeliever acts, he is acting on behalf of the believer, but how can he bring his partner’s convictions fully to bear? Bosses and employees don’t always fully represent each other, but those in a partnership are assumed to—hence the danger of the unequal yoke, in which believers are compromised by their unbelieving partners. (Even some Christian partners betray the Lord; the yoke is made unequal by the fundamental difference between the spiritual state of the partners, regardless of their profession.)

In situations where you’re not partnering with an unbeliever, but you’re working together with nonbelievers, I would ask myself: whose ends am I furthering by becoming a part of their world? Am I doing it on their terms, or God’s? Who is going to influence whom? Am I coming into their world where I will effectively represent Christ, or where they will politely nod at my being a Christian but will expect me to align myself with their values? Maybe 90% of the time our goals and general values will overlap, or at least not contradict. But what happens in the 10%? Will they come closer to following Jesus, or will I come closer to following their idols?

You have to ask yourself, are you really prepared to represent Christ there in an uncompromising way, which will require a certain boldness? There will be situations where you have to make a choice whether you’re going to stay at the table and listen to a story about a guy taking a woman to bed last night, or whether you’re going to excuse yourself and walk away. And will the urge to not appear self-righteous constrain you to politely listen to the story and become a participant in the unrighteousness? And when you’ve done it once, will you do it again and again, and will it become normal, and will you then start laughing and one day tell your own immoral story? I’ve seen it happen to others.

I know of a talented musician who performed at events around the world. He decided to cross over to make an impact in the secular world. He told himself it wasn’t just to further his profession as a musician, but it was to reach people who need the Lord. He is now singing in nightclubs, rarely about the Lord, and his friends say he has lost his spiritual edge. Last I heard, he was in danger of becoming indistinguishable from the very people he stepped away from Christian ministry in order to reach (ironically, he had been reaching a fair number of unbelievers through that Christian ministry).

I also know Christian writers who have determined they’re going to cross over to the secular market to reach more people. They are now reaching more people—but what are they reaching them with? In some cases, the answer is, not much. Certainly not the gospel. Just a cleaner than average, generally redemptive story that doesn’t curse God or make fun of Christians. That’s not a very strategic impact.

Now back to 2 Corinthians 6. Yes, I think it applies to business partnerships. I have a friend who was in a business partnership with his sibling who was not a believer. They started as reasonably close friends, and it ended up tearing them apart. It’s the greatest source of grief in his life, and he attributes it to violating 2 Corinthians 6 and the warning against the unequal yoke.

Here’s something from Ray Stedman, pastor and biblical expositor, on the unequal yoke. I love the picture of the donkey and the camel:

Do not be mismated with unbelievers. For what partnership have righteousness and iniquity? Or what fellowship has light with darkness? (2 Corinthians 6:14 RSV),

Mismated is literally a term that means “unequally yoked.” A yoke is a wooden frame or bar with loops at either end, fitted around the necks of two animals, which tied them together and forced them to function as one. That is what Paul speaks of here. He is thinking of Deuteronomy 22, where the Law says, “Do not plow with an ox and a donkey yoked together” (Deuteronomy 22:10). That may seem strange to us, but God was concerned that the Israelites not tie together two animals of a different nature.

I have never seen an ox and an ass yoked together, though once when I was traveling in the Middle East I saw a farmer plowing his field with a camel and a donkey. It was almost ludicrous to watch. The camel was three times the height of the donkey, and its legs were three times as long. It was striding along at a rather slow pace for a camel, but the little donkey was running as fast as it could to keep up. The farmer kept beating the donkey all the time, trying to get it to keep up. It was cruel.

The Law reflects that it is cruel to yoke together two things of incompatible natures. This is what Paul has in mind here. What he is saying is there are certain associations that Christians have with unbelievers that constitute a yoke, and these associations are a cause for misery and shame in a Christian's life. We are to avoid them. They will hinder us, limit us, bind us, and keep us from enjoying the fullness God has in mind for us. They are like trying to mix oil and water. It is impossible. You can see this by the illustrations he uses.

The great unanswered question is, “What is a yoke?” Is a business partnership a yoke? Is a union membership a yoke? Is marriage a yoke? Is a date with a non-Christian a yoke? Not all associations are yokes, but yokes have two characteristics by which we can always identify them. The first one is that a yoke is not easily broken. It is a kind of permanent relationship. When you yoke two animals together they are bound together; they do not have any choice. Uncomfortable as it may be, they must do things together.

The second mark of a yoke is that it constrains someone; it does not permit independent action. There is something that forces you to comply with what the other one wants to do, whether you like it or not. Any kind of relationship that does not permit a believer to follow his or her Lord in all things is a yoke. Even a friendship can be a yoke. If it is the kind of possessive friendship in which you feel you cannot do what God wants you to do because you will offend your friend, then that is a yoke, and it must be broken.

Photo by Scott Broome on Unsplash 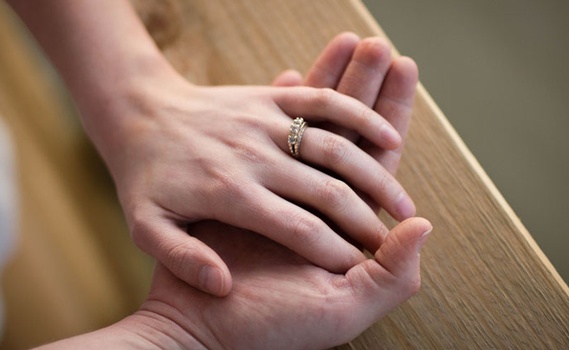 What Should I Do if I Fear My Spouse and I Have Become Unequally Yoked?

During the time of our marriage my wife and I were equally yoked. Today I have been striving and working harder to build a closer relationship with Christ, but my wife has chosen to do otherwise and I fear we are no longer equally yoked. I want our marriage to work and pray about it every day. I am trying hard to keep the family together. What should I do in this situation?
Invest in Eternity