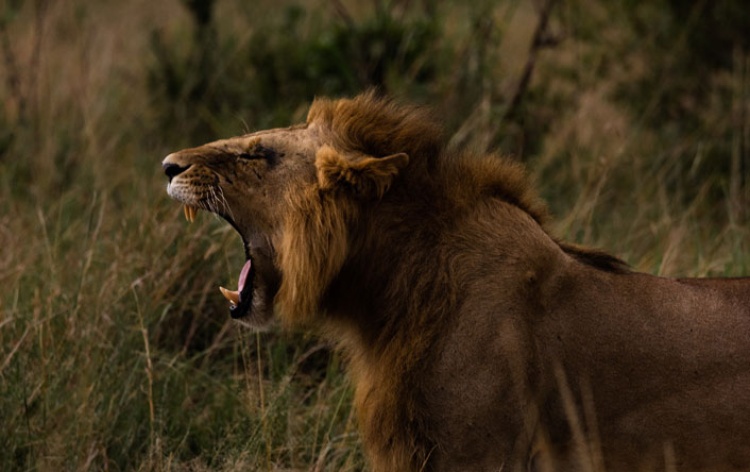 In The Lion, the Witch and the Wardrobe, volume I of The Chronicles of Narnia, one of the children asks Mr. and Mrs. Beaver about Aslan the Lion, who is a figure of Christ:

“Is Aslan quite safe? I shall feel rather nervous about meeting a lion.”

“That you will dearie, and no mistake,” said Mrs. Beaver. “If there’s anyone who can appear before Aslan without their knees knocking, they’re either braver than most or just plain silly.”

“Safe?” said Mr. Beaver; “don’t you hear what Mrs. Beaver tells you? Who said anything about safe? Of course he isn’t safe. But he’s good. He’s the King, I tell you.”

God is good. But until we understand the truth that He is not safe, that He is not under our control, until we come to grips with the truth of His uncompromising holiness, we will never begin to grasp His amazing grace.

God is not a genie, under our control. He is the master. When we fancy ourselves masters, it can be intimidating to agree to being a servant. Christ is in charge of the universe whether or not we recognize Him—but when we do, we honor Him by submitting to His lordship.

In many passages of Scripture, God calls upon us to fear Him. But once our sins are confessed He says we can warmly embrace Him, come to Him as “Abba, Father” (meaning Papa or Daddy). We can come boldly before His throne with the access only permitted to the King’s children. We still fear Him, but in a way that does not diminish our love for Him, or His for us.

When my daughters were growing up they knew my love for them, but they were also very nervous when they knew they’d done something I wouldn’t approve of. If you come to know Christ you will fear Him, yes, but because you will love Him wholeheartedly, and sense His love for you, the fear will not be a distant and distressing thing.

Ecclesiastes 8:13 says, “Yet because the wicked do not fear God, it will not go well with them.” Fearing God is in our best interests. If you have not accepted Christ’s gift of salvation, you are still an enemy of God (Romans 5:10), and you have every reason to fear. If you died today you would go to Hell rather than Heaven.

We all must fear. But if you fear God, you need fear no one and nothing else, even the devil. If you do not fear God, you will ultimately end up fearing many things besides Him.

Photo by Vishva Patel on Unsplash