This story opens with “Is this the day, the day I die?” and continues to tell a story that will remain in your mind long after you finish the book. What would you do if your home was taken from you, your spouse swept off to an unknown place—a prison, and you are left to rely on the support of others to live? What if they were sent to jail simply because they were a Christian? And what if situations like this actually existed in the world?

Such a situation is portrayed in Randy Alcorn’s book, Safely Home .

Persecution is the focus as we see Li Quan, a Chinese would be college professor, smuggling in Bibles, meeting secretly in the middle of the night for worship services, and risking his very life to worship Yesu.

Ben Fielding, an ambitious executive and college roommate of Li Quan, has plans to make his company millions by expanding into China and capitalizing on the inexpensive Chinese workforce. He remembers his college roommate and makes contact with Li Quan hoping he could catch up with him on his initial visits to China.

What follows is a revelation to Ben Fielding and the swan song of Li Quan. This is a story of real life in China for those who follow Jesus Christ. Ben’s misconceptions about China are examined forcing him to consider his own faith as he witnesses the persecution of all Christians in China and especially of his friend, Li Quan.

Safely Home is a fictitious story that portrays Christians walking joyfully in their faith even under extreme oppression. All throughout this book are conversations between the two friends that reveal a developing dialogue that any Christian could use when witnessing to friends or neighbors

Usually when I read fiction, I do so for fun. I place this type of entertainment in the same category as attending a Twins’ baseball game. But a book I’ve recently finished, while clearly a fictional work, did not have the same effect as baseball. Randy Alcorn’s Safely Home (Tyndale 2001) kept my attention like any well-written book, but Alcorn’s story provided insight into the suffering of our persecuted brothers and sisters around the world in a way that profoundly affected my thinking.

Using an American businessman and a Chinese house-church pastor as his main characters, Alcorn describes the realities and challenges faced by the persecuted church in China as a window into the life of the suffering church throughout the world. Along the way Alcorn provides a sound theology of the wisdom and providence of God in bringing people through suffering, even when that suffering ends in martyrdom.

The book has several great lines: “Never believe a man who says God must do a miracle the way a man wants him to. God is God” (191). “[Is] Yesu…a stranger to suffering? He wept for the sisters of Lazarus.…On that hill he took upon himself the anguish of all men. He was despised by men, a man of sorrows and familiar with grief. Even now when his people are persecuted, he feels their suffering.…Who knows better than [God] what it is like to lose his only Son?” (192). The final words of a martyr to his wife and young son were “Never forget Yesu is King. Never forget your home is in another world. Never forget your father will be waiting to see you again” (335). “The sons of Adam try so hard to be satisfied with so little—which keeps them from ever being satisfied at all” (377). The last sentence of the book describes the sentiments of the worshippers of Jesus in Heaven: “What they knew in that moment, in every fiber of their beings, was that this Person and this Place were all they had ever longed for…and ever would.”

My thoughts about the trials and challenges of my own life diminished greatly in significance as I was forced to ponder the horrific suffering of my fellow brothers and sisters in Christ. My prayers for the persecuted church have been much enhanced as I have been reminded of the oppression, fears, deprivation, and torture meted out by the godless opponents of Christ’s church in lands where the mention of Christ’s name is outlawed. And my zeal for Christ stands challenged: would I be willing to love my Lord to the death?

Read this book and receive the intended challenge. You too, will find your thinking and prayer life changed—for good.

This book has the unavoidable effect of inspiring and making an impression on its reader. It is action-packed, interesting and inventive. Alcorn's viewpoint of Heaven and eternity have a huge impact on the direction of this story and cause the reader to think beyond their limited viewpoints and consider the realm of possibility. One of the key ideas Alcorn presents on eternity is that you will not stop learning. You will not arrive “knowing everything” but rather with the ability to understand more and the means to learn.

If there is anyone who can speak on behalf of eternity, it is Alcorn. Randy Alcorn is the founder of Eternal Perspective Ministries. He has spoken all over the world and written over 30 best-selling books. This unique book provides the reader with an eye-opening experience that will drastically change their perspective.

This book is one that cannot and will not be forgotten. As an added bonus, all royalties from the book go towards the persecuted church around the world, therefore allowing the reader to benefit both themselves and those who are under intense oppression for their beliefs. This is a book that promises not to disappoint.

What would you do if your home was taken from you, your spouse was suddenly sent to prison without any information given to you on their whereabouts, and you had to rely on the support of others to live? What if they were sent to jail simply because they were a Christian? And what if situations like this actually existed in the world? They do.

Such a situation is portrayed in Randy Alcorn’s new book, Safely Home. The book centers around the reunion of two old Harvard roommates. Ben Fielding is a corporate vice president for Getz International, a computer company seeking to build their presence in China, whom Ben believes is the next big economic power in the world. As he travels to China to gather information, Ben is reunited with his old roommate, Li Quan. Quan lives in a simple one-room home with his wife and son, and Ben soon learns that Quan’s life didn’t turn out how they expected it to back at Harvard.

The story focuses on the persecution Quan and other Christians face in China simply because they are Christians. They must smuggle in Bibles, meet secretly in the middle of the night for worship services, and risk their very lives to worship the one whom they believe in. As Ben lives with his old roommate, he soon learns of the wool that has been pulled over the rest of the world’s eyes regarding religious freedom in China. Ben is at first skeptical as to Quan’s ways of worship, himself having been given tours by the Chinese government of Three-Self Patriotic Movement churches, the official church of the Communist government. But when tragic events unfold in their lives, Ben is affected personally, and their lives will never be the same.

Safely Home is an excellent book, masterfully written and compelling as it unfolds. The gripping story is fiction, but it is not fantasy. In fact, some of the events in the book reflect actual occurrences in China. Persecution in China and other parts of the world is real, and Randy Alcorn vividly describes these events with such an impact that the reader cannot help but walk away affected by them. The reader gets a real sense of the type of stress and trouble that Chinese Christians face on a daily basis. In the end, it makes us realize how lucky we are in America to have such a vast amount of religious freedom.

Randy Alcorn is a magnificent author, and brings the reader into the experiences of Ben and Quan in the book. He combines the threat of persecution with the promise of hope and heaven, showing that even though in this world we may face troubles, God has ultimately overcome those troubles. The book also includes several scenes of Heaven, and Alcorn does an excellent job of conveying the wonder and excitement of it.

In a day when books in the Christian market are all trying to point consumers to the “secret of prayer” or “steps to true intimacy with God,” Safely Home actually shows a portrait of Christians who have already attained intimacy with God through their hope despite persecution. We would do well to learn from them. 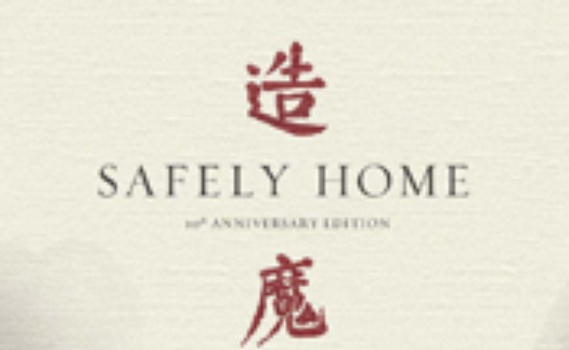 article March 8, 2010
I know this book was fiction, but far too close to the real thing. I have been in Hong Kong several times. There are posters and ads displayed trying to awake us to the horrible things going on in China in order to have organs for trade. Seeing them makes me think of Safely Home. And it makes me very grateful to live where I still have some freedom to try to live by faith. And it makes me pray for the persecuted. — R. T.

One Family Responds to Safely Home

article December 1, 2001
When the night ended, they had enough money in hand to provide over 4,100 Bibles to the people of China.
Invest in Eternity