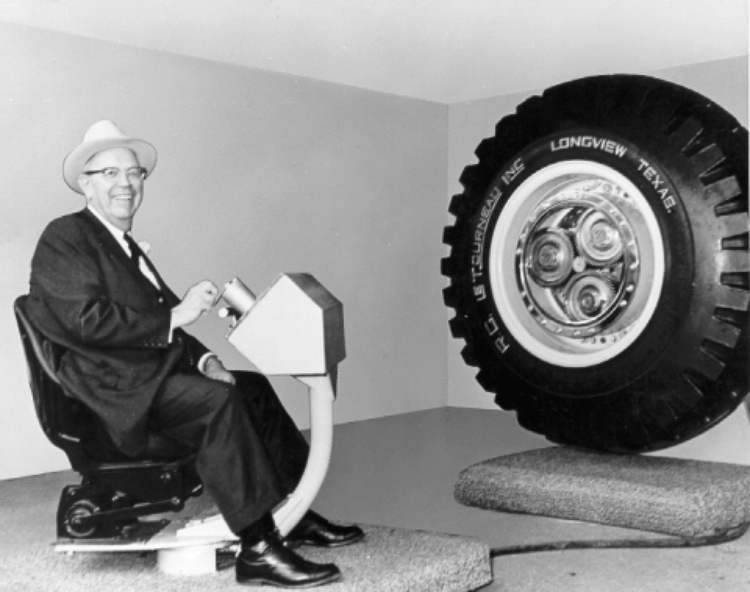 Robert G. (Gilmour) LeTourneau (1888-1969) was a Christian industrialist who had dedicated himself to being “a businessman for God.” Though his mother and father were Christians, LeTourneau resisted the gospel until the age of 16, when his parents’ prayers prevailed, and he chose to follow Christ. Since the age of 14, LeTourneau traveled to different parts of the United States, taking apprentice jobs in metal working, machining, and electrical work—learning as he went. He also studied mechanics through a correspondence course. More moves and new jobs brought experience in welding, woodcutting, carpentry, mining, and vehicle mechanics.

All this, along with LeTourneau’s ingenuity, culminated in a lucrative manufacturing business and many new designs of earthmoving vehicles. The imagination with which LeTourneau pursued his love for designing new machines is often recalled by others as having transcended that of “ordinary men.” He had hundreds of patents during his lifetime, and was the maker of almost 300 inventions. He introduced the rubber tire into the earth-moving industry, invented and developed the Electric Wheel, pioneered the welding of several metals, and built large mobile offshore drilling platforms. He even made cranes to move crashed fighters and bombers on aircraft carriers and on land. LeTourneau’s machines accounted for nearly three quarters of the earthmoving machines during WWII. 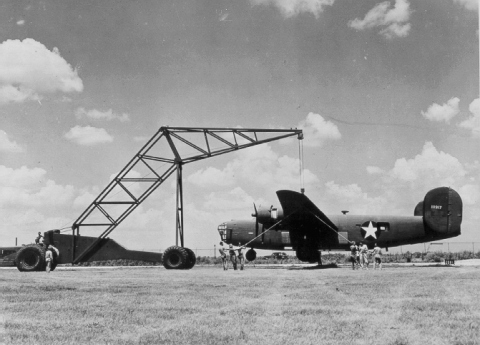 During his growing success, LeTourneau’s dedication to the Lord did not wane. The fire that drove him creatively in industry also compelled him in evangelism and discipleship. He travelled the world as both a businessman and a Christian witness. He employed three full-time chaplains and established regular chapel services in his manufacturing plants. LeTourneau and his wife, Evelyn founded what is now known as LeTourneau University (www.letu.edu). LeTourneau also founded and funded missionary ministries in Liberia, West Africa and Peru, South America.

LeTourneau's life verse was, "Seek ye first the kingdom of God and His righteousness and all these things shall be added unto you" (Matthew 6:33).

READ: His best-selling autobiography, Mover of Men and Mountains

BROWSE: Photos of his inventions (http://bit.ly/letourneau-photos)

VISIT: The University and Museum (www.letu.edu)

R. G. Letourneau understood God’s purpose for blessing him financially. An inventor of earth-moving machines, Letourneau reached the point of giving 90 percent of his income to the Lord. As he puts it, “I shovel out the money, and God shovels it back—but God has a bigger shovel.” 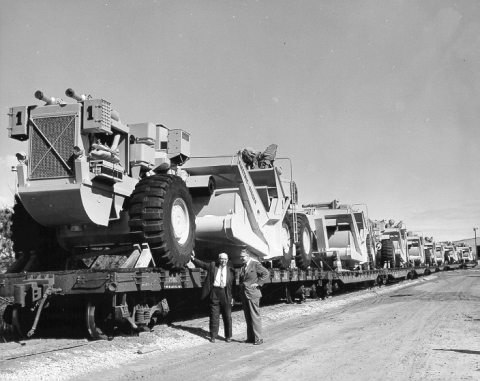 My family has experienced God’s “bigger shovel,” his abundant material provision to the giver. In some cases it’s obvious—such as an unexpected check in the mail or being given something just when we thought we’d have to buy it. One time when we really needed it, it came in the form of discovering an error we had made in the figuring of our bank balance.

In other cases, God’s provision is less obvious but equally real. A washing machine that should have stopped a decade ago keeps on working. A car with 200,000 miles on it runs for two years without so much as a tune-up. A checking account that should have dried up long before the end of the month somehow makes it through. As God miraculously stretched the oil and bread of the widow in Elisha’s day, and as he made the clothes and sandals of the children of Israel last forty years in the wilderness, I’m convinced he sometimes graciously extends the life of things that would normally have to be replaced.

We often thank God for his behind-the-scenes provision, including preventing accidents and incidents that would have been costly. God provides not only in what he gives us, but at times in what he keeps from us. Have you ever noticed that excess money just seems to dissipate in a multitude of directions? When the Israelites were building their paneled houses and God’s house was in ruins, God says to them, “Give careful thought to your ways. You have planted much, but have harvested little. . . . You earn wages, only to put them in a purse with holes in it” (Haggai 1:5-6). God explains that because the nation of Israel had given to themselves and not to him, he had minimized and dissipated their profits so they didn’t come out ahead (Haggai 1:9-11). We need to give careful thought to our ways, asking ourselves if we’d do better to give more to the Lord and ask him to maximize what we keep. That’s so much better than trying to hang on to more, only to watch it leak out of our pockets.

(Excerpted from Money, Possessions and Eternity) 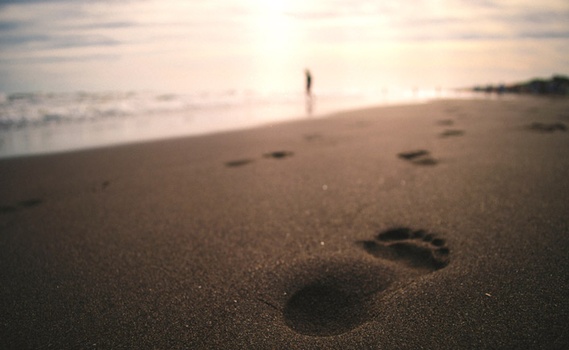 What Do You Mean by “Planned Neglect,” and How Has This Impacted Your Life and Career?

audio November 11, 2021
Randy Alcorn was interviewed on The Call to Mastery with Jordan Raynor about his book Heaven. In this audio clip, Randy talks about the necessity of saying no to some things in order to do our best at the work we do.

What Books Would You Recommend to Help Christians Prioritize Their Lives?

What books would Randy use or recommend that has helped Christians prioritize their lives so that they can say “yes” to the things they should be doing?
Invest in Eternity