It’s not easy to follow our national news these days. There's a free-floating sense of dread in these reports: Will the various bailouts work? How can we afford them? Will the economy recover — or collapse entirely? How many jobs will be lost before we hit bottom? Whose will be among them?
Peppered among the higher-profile financial stories are reports of increased opposition to Christian activity or beliefs. A pastor is arrested for praying outside an abortion clinic. A military chaplain is not allowed to pray in the name of Jesus. A little girl is reprimanded for talking about her prolife beliefs in class. A church service is interrupted by obscene protesters.
At first glance, these kinds of reports may not seem to be related. But both lead to some kind of loss — loss of fortune or loss of freedom. Faced with the possibility of loss in either category, believing Christians can panic ... or we can prepare.
Preparing for difficulties might seem odd, but it is a biblical concept (Luke 21:34-36). Throughout history and even in many nations today, Christians face loss and persecution for their beliefs. American Christianity's recent history of prosperity and comfort may be the exception, not the rule. In fact, the apostle Paul warned Timothy that "everyone who wants to live a godly life in Christ Jesus will be persecuted" (2 Tim. 3:12). As theologian Iain Duguid notes: Believers around the world know this from experience, yet here in the prosperous and supposedly tolerant West we have come to expect our lives as Christians to run smoothly and successfully, at least if we are faithfully following the Lord. We think that the slogan "God loves you and has a wonderful plan for 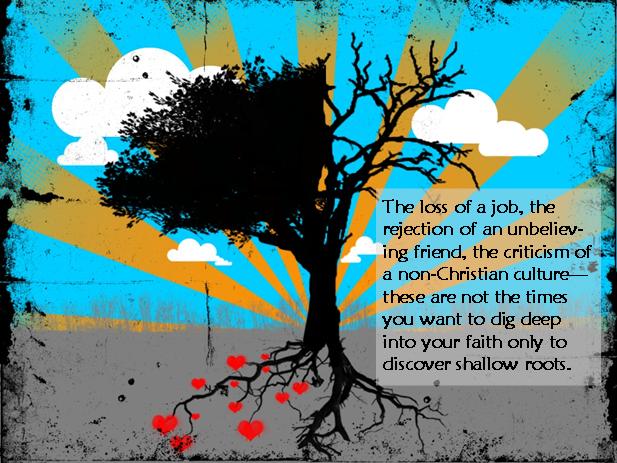 your life" means that our lives should be protected by God from any form of unpleasantness. This is a false belief, however. Persecution comes to us in a variety of forms and from a variety of directions, yet it is something that we should expect constantly to mark out our lives in a fallen world. It may come in the form of mockery and isolation at school, or conflict or trouble at work, or simply being regarded as peculiar and strange people, but one way or another we should expect to suffer abuse for the sake of Christ.
I've heard many wise pastors say that the time to prepare for a crisis is before it happens. When faced with a sobering diagnosis, the loss of a job, the rejection of an unbelieving friend, the criticism of a non-Christian culture — these are not the times you want to dig deep into your faith only to discover shallow roots.
Crisis management is not the time to do an in-depth study on God's character, lovingkindness, and sovereignty over our lives. You have to have that kind of knowledge ready on tap for the day of crisis.

The Roots of Endurance
Many believers who have gone before us have done this kind of preparation by studying God's Word in depth before trouble comes. They rooted themselves and their families in the biblical essentials in order to stand fast and endure to the end. They steeped themselves in God's perspective and promises so that no one would say of them, "Oh, ye of little faith."
I particularly like how Reformation activist Martin Luther prepared his wife for widowhood. Not only did he make financial arrangements for her, he also tended to her soul. A friend of Luther's made this comment after Luther's death: I often wondered why Doctor Martin Luther had his wife, Kate, memorize the 31st Psalm when she was still young, alert, and carefree and did not yet know how pleasing and comforting this Psalm could be. But her husband did not encourage her to do this without a reason. He knew that after his death she would be a sorrowful and pitiable woman, very much in need of the
comfort that the 31st Psalm had to offer. One biographer of Luther's wife added: Over the years the Luthers had received expressions of kindness, love, and sympathy from friends and neighbors. Luther also knew the ingratitude of people, the forgetfulness of rulers, the opportunism of bureaucrats, the jealousy of colleagues and wives, and the spitefulness of enemies, who from the moment of [her] arrival at Wittenberg had cruelly slandered her and gossiped about her. Luther also anticipated that after his death such thankless treatment of Kate would only increase. That is why he encouraged her with these powerful words in Psalm 31: "In Thee, O LORD, do I seek refuge; let me never be put to shame; in Thy righteousness deliver me!... Yea, Thou art my rock and my fortress" (31:1, 3).

The same gospel-centered perspective enabled William Wilberforce to persevere faithfully until his last days. Popular accounts paint Wilberforce as a man driven by the immorality of slavery, but that's an incomplete picture. Though the abolition of slavery and the slave trade may have been Wilberforce's crowning achievement, he was a man who championed many causes that today we would collect under the banner of "social justice."
One biographer noted that at one point he was involved in 69 different initiatives, including child labor conditions, prison reform, the prevention of cruelty to animals, and even the tyrannies of the caste system in India.
Yet, these were not general do-good efforts. According to John Piper's account of his life, Wilberforce's work was so effective because it was rooted in a gospel-centered perspective. By studying the doctrine of justification, Wilberforce had a tool, if you will, to
withstand criticism and even self-doubt in the numerous years he dedicated to the cause of abolition.
It is a stunning thing that a politician and a man with no formal theological education should not only know the workings of God in justification and sanctification, but consider them so utterly essential for Christian living and public virtue. Many public people say that changing society requires changing people, but few show the depth of understanding Wilberforce did concerning how that comes about. For him, the right grasp of the central doctrine of justification and its relation to sanctification — an emerging Christlikeness in private and public — were essential to his own endurance and for the reformation of the morals of England.
This was why he wrote A Practical View of Christianity. The "bulk" of Christians in his day were "nominal," he observed, and what was the root difference between the nominal and the real? It was this: The nominal pursued morality (holiness, sanctification) without first relying utterly on the free gift of justification and reconciliation by faith alone based on Christ's blood and righteousness. After studying the life of Wilberforce,
Piper analyzed our generation: Is it not remarkable that one of the greatest politicians of Britain and one of the most persevering public warriors for social justice should elevate doctrine so highly? Perhaps this is why the impact of the church today is as weak as it is. Those who are most passionate about being practical for the public good are often the least doctrinally interested or informed. Wilberforce would say: You can't endure in bearing fruit if you sever the root.

Security's Source
If we Americans have come to assume that prosperity and ease are our birthrights, the dawning years of the 21st century should sober us. From 9/11 to this deepening global recession, our assumptions of security have been shaken.
The question before us now is from where do we draw this security? If it is in our circumstances, we will crumble in the face of hardship—indulging self-pity and marshaling our coping strategies in such an all-consuming way that we will not have time or energy left to serve others or share the gospel. Let us not be those who hoard in national crises or personal emergencies. Let us not be those who forget to
rejoice in our salvation if and when the waves of persecution reach our shores or bubble up from within.
I have to do the same crisis preparation. I've been tested already in a variety of ways and have found myself lacking. I like my material comfort, I enjoy respect for my faith and beliefs, and I suspect I am not ready for any true opposition. But I know that Luther and Wilberforce were in the same position at one time in their lives, too. I don't take comfort in their personal journeys, but in the fact we all love the same faithful Savior. My prayer is that I will not grow slack in my knowledge and worship of His character and promises, no matter what the future holds.
So for now, crisis preparation 101 means practicing generosity to those in need even when my own budget is tight, studying the character and promises of God, and storing up for myself riches in heaven rather than riches on earth. It means reminding myself that this earth is not my home and that I'm only a pilgrim passing through. But I'm a pilgrim following the One who assures a victorious conclusion.
Above all, crisis prep means being convinced of the source of true peace— something that transcends circumstances. Jesus assured us we have peace in Him: "These things I have spoken to you so that in Me you may have peace. In the world you have tribulation, but take courage; I have overcome the world" (John 16:33). This precious truth
is one to study over and over again as I prepare for whatever the Lord has ordained for my future. 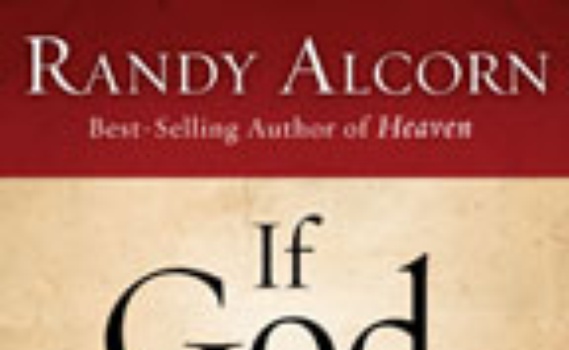 article March 17, 2010
Some crises turn out well. The loved one recovers from the accident, the son comes to Christ, the daughter comes home. We may clearly see God’s hand in allowing the whole ordeal to happen. Other times the crisis ends in apparent tragedy.

How to Pray in the Midst of Crisis

article September 14, 2001
How do you pray in the midst of crisis? More than any other portion of Scripture, Psalms shows us how. Beginning with Psalm 3, and over and over again until Psalm 149, we find the psalmist crying out to the Lord in various dire circumstances.
Invest in Eternity