What Will Be Familiar to Us in Heaven?

Tony Reinke: This week we’re honored to have Randy Alcorn with us as a special guest. Lined up are several of the most common questions about Heaven. And he’s written a large book and is an expert on Heaven (no, he hasn’t been there and back). So let’s get under way with Randy, who joins us over the phone from his home.

I presume, Randy, much of the fully revealed New Earth—what we often refer to as Heaven—will be completely unrecognizable to us. The New Earth will be re-created. But there will be continuity, too. So how much of it will be familiar to us? For example, will the Himalayan Mountains remain, or will every visible feature of this creation be completely changed?

Randy: Well, the short answer would be I think the Himalayan Mountains could very easily remain, and I would not expect every visible feature of creation to be changed. And the reason for that would be that I think our proper understanding of the New Earth has to be based on some kind of model. And what would that model be? Well it will be the New Earth in the same way that in the resurrection we will have new bodies. Resurrected bodies, resurrected earth.

So what do we know about our bodies? Well, we know that Christ’s body is the prototype for ours in His resurrection. We know that He was recognizable as such. His features were the same. The great majority of time when He was seen by the disciples in the recorded appearances after His resurrection, they knew immediately who He was. Now a lot of people focus on the two or three times where He wasn’t immediately recognized, but there were special conditions in those cases. Consider Mary at the tomb: it was dark, early in the morning, and at that time, a modest woman didn’t look into the eyes of a man whom she didn’t know or she thought she didn’t know. That’s why she thought He was the gardener. Jesus her Lord was dead, and she knew that. So you could easily explain her not immediately recognizing Him. But as soon as He said her name, she recognized and knew His voice.

Likewise, regarding Jesus on the Emmaus Road, some people say: “Well, they didn’t even recognize Jesus. So He must not have looked like He did.” But actually in Luke 24:16 we are told they were kept from recognizing Him. And as soon as that veil was pulled back, they did recognize Him as such. The same thing happened when He was on the shore fixing breakfast. The disciples were in the boat a long way away, but then all of the sudden they realized: Wait. It’s the Lord! And it says they knew it was the Lord. You see that in the continuity of the nail prints in His hands. You have got a lot of different aspects.

Theologian Herman Bavinck said, “God’s honor could consist precisely in the fact that he redeems and renews the same humanity, the same world, the same heaven, the same earth that have been corrupted and polluted by sin.” So in other words, it is the importance of that continuity. There is a New Jerusalem. Well, there was an old Jerusalem. There is a New Jerusalem, and we’re told at the end of Revelation 21 that people, the kings of the nations, will bring their treasures from all over the Earth into it. Well, why would those people not look like the people of those nations? And why would the treasures they bring in, perhaps as tributes to the king, not have a continuity to the kinds of handmade cultural treasures that we would have today?

So I think there is every reason to expect that in the majority of cases that there would be continuity between the old Earth and the New Earth. If there is a New Jerusalem, why not a new Los Angeles? Why not a New Chicago, a New Paris, and a New London?

Tony: Fascinating, yes, “grace restores nature,” as old Herman Bavinck liked to say—which seems to have big ramifications for Heaven. Thank you, Randy. For more on this and so many other topics, see his bestselling book, simply titled Heaven. Also, check out Randy’s ministry, Eternal Perspective Ministries, online at www.epm.org. I’m your host Tony Reinke. Thanks for listening to Heaven Week on the Ask Pastor John podcast. 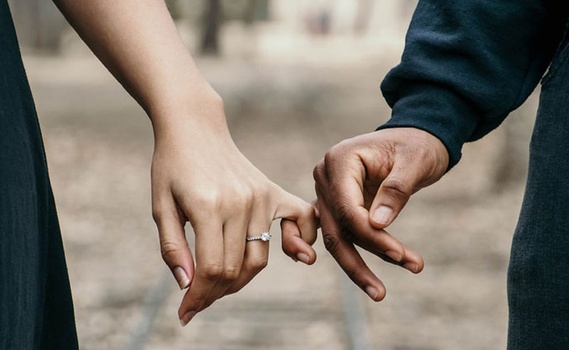