On page 46 of your book Heaven, it talks about the martyrs in Heaven, crying out to God for justice on Earth (Revelation 6:9-11). In the King James Version, Revelation 6:9 says their souls (not bodies) were crying to God. On page 64 of Heaven, #2 says “righteous men made perfect” (Hebrews 12:23). Again, in the King James Version, Hebrews 12:23 says “the spirits of just men made perfect.” According to the KJV, it seems that we will be souls or spirits in the present Heaven, but not have bodies. Is this correct?

You are correct in saying that Revelation 6:9-10 says, “And when he had opened the fifth seal, I saw under the altar the souls of them that were slain for the word of God, and for the testimony which they held:  And they cried with a loud voice, saying, How long, O Lord, holy and true, dost thou not judge and avenge our blood on them that dwell on the earth?”

According to BibleHub.com, here are the definitions for that Greek word which the King James translates “souls”:

You are also correct in your reading of Hebrews 12:23: “…and to the spirits of just men made perfect…”

As Randy noted in the book, he was making “brief observations,” and brought up the points that were pertinent to the discussion of that section. The Hebrews passage is not the main point, so he quotes it only in part. Randy cites it as supporting evidence to his point that those in the present Heaven are those who have been relocated after death. He is pointing out that the list of those in Heaven in Hebrews includes these spirits of just men made perfect, demonstrating continuity of identity between Earth and the present Heaven.

I commend your serious study of God’s Word. I hope these clarifications have been helpful. And I pray God would continually guide you as you open and search the Bible for truth and understanding. May you be like the noble Bereans in Acts 17:11, who were noted for receiving God’s Word with all readiness of mind and searching the Scriptures daily.

Where Is Heaven Now and What Will Our Bodies Be Like When We Get There?

video February 11, 2017
In February 2017, Randy Alcorn spoke at the Linger Conference held at Stonebriar Community Church in Frisco, Texas. He spoke on how Satan lies to us about what Heaven will be like, the reality of Heaven being a physical place, why we don't need a bucket list if we have a Biblical view of Heaven, and more. He was interviewed by Todd Wagner, the pastor of Watermark Church in Dallas, Texas.  In this clip, Randy talks about present Heaven. For more information on this topic, check out Randy's book Heaven.

Will We Have New Bodies in the Present Heaven?

video March 27, 2013
Randy Alcorn talks about the difference between our existence in the Present Heaven and the final resurrection. This video clip was excerpted from Randy's Eternity 101 DVD class. 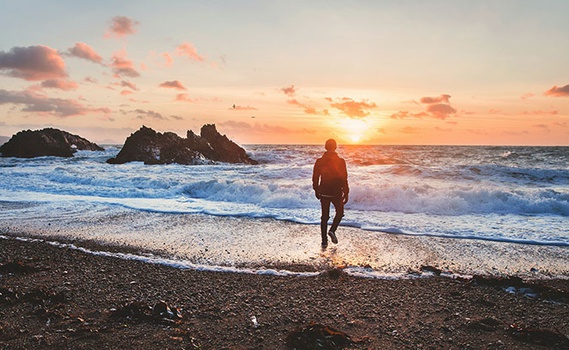 Do People Presently in Heaven Have Bodies, or Some Temporary Physical Form Prior to the Resurrection?

article February 17, 2010
Unlike God and the angels, who are in essence spirits (John 4:24; Hebrews 1:14), human beings are by nature both spiritual and physical (Genesis 2:7).
Invest in Eternity