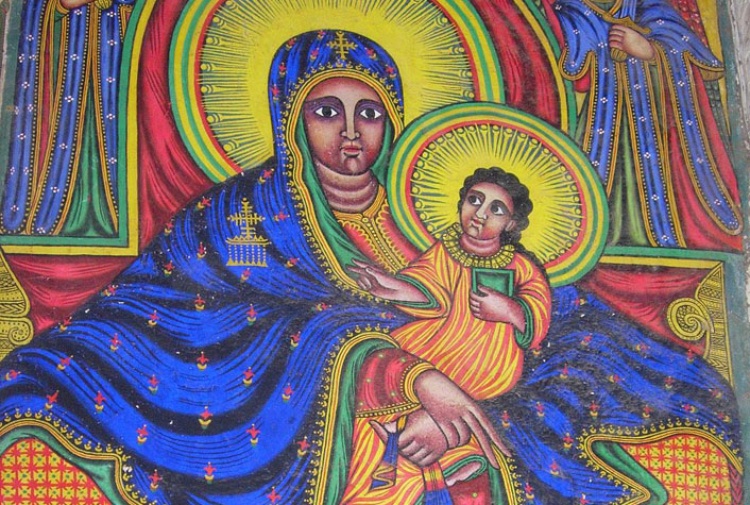 Does any evidence exist for Mary, the mother of Jesus, being the "Black Madonna"? I have a Bible that shows illustrations and says most art depicting Mary as black was destroyed by Caucasian church leaders.

While Wikipedia isn’t always necessarily a reliable source, this information about the Black Madonnas may be helpful:

Important early studies of dark images in France were done by Marie Durand-Lefebvre (1937), Emile Saillens (1945), and Jacques Huynen (1972). The first notable study of the origin and meaning of the Black Madonnas in English appears to have been presented by Leonard Moss at a meeting of the American Association for the Advancement of Science on December 28, 1952. Moss broke the images into three categories: (1) dark brown or black Madonnas with physiognomy and skin pigmentation matching that of the indigenous population; (2) various art forms that have turned black as a result of certain physical factors such as deterioration of lead-based pigments, accumulated smoke from the use of votive candles, and accumulation of grime over the ages, and (3) residual category with no ready explanation. (from https://en.wikipedia.org/wiki/Black_Madonna)

It’s not uncommon for cultures around the world to depict Jesus (and also Mary) in their art as appearing like their own people do. We know there’s been the tendency in European and American culture to make Jesus appear like a blond, blue-eyed white man, but that’s certainly not accurate. Jesus’ ethnicity was Jewish, and as a Middle Eastern man, his skin would have most likely been some shade of brown. By extension, we can surmise that Mary would have had similar coloring.  Randy wrote this about Jesus’ appearance:

Jesus certainly would have had dark skin, and wouldn’t at all be called “white.” A purebred Jew or Arab with sunbaked skin (including carpenters like Jesus who cut their own wood and worked outside more than inside), is typically very dark, and very unwhite in appearance. When working with the artists who illustrated my graphic novels Eternity and The Apostle Paul, I noticed the tendency was to make Jesus look like a white guy with a decent tan, and I pushed to have his skin darker. It went against the grain to make him look like a Middle Eastern Semite, but of course that’s what He was and in His resurrected body’s resurrected DNA, that’s what He'll always be. 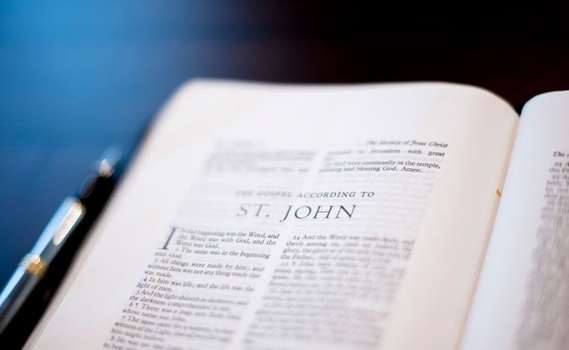 You Can Claim to Follow Jesus, But Miss the Point of Who He Is

article April 15, 2019
What do we really believe about the Jesus we follow? Is the Jesus we claim to know the real Jesus, or a Jesus of our own invention, who doesn’t match up with the biblical and historical realities? 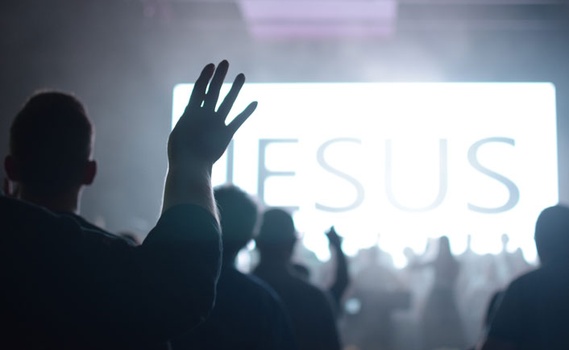 In Today’s Culture, Should We Avoid Using “Effeminate” to Describe What Jesus Is and Isn’t Like?

article July 22, 2019
Given our culture today, is there a reason “effeminate” would be inappropriate to use in a sentence like this when describing a picture of a gentle and meek Jesus (I picture a pale, long-haired man with delicate hands, etc.)?

Reflections the Day After Seeing the Movie, The Passion of The Christ

article March 1, 2004
In Scripture Jesus is called our Creator, Lord, Master, Redeemer, Friend, Brother and many other things, and he is more in addition to what he is called.
Invest in Eternity