Ron DiCianni’s Reflections on the Resurrection 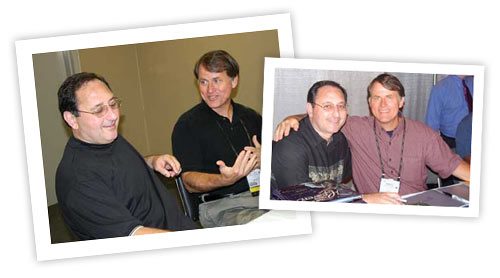 Artist Ron DiCianni is a good friend who I first met at the Christian Bookseller’s Convention (now called ICRS), probably twenty years ago. We have hung out a number of times over the years (these two pictures of us go back a ways!). We’ve done book signings together and walked the convention floors, just having a great time (there’s a lot to joke about).

When I think of Ron, I think of what God’s Word says about another artist: “And he has filled him with the Spirit of God, with skill, with intelligence, with knowledge, and with all craftsmanship, to devise artistic designs…” (Exodus 35:31-32). 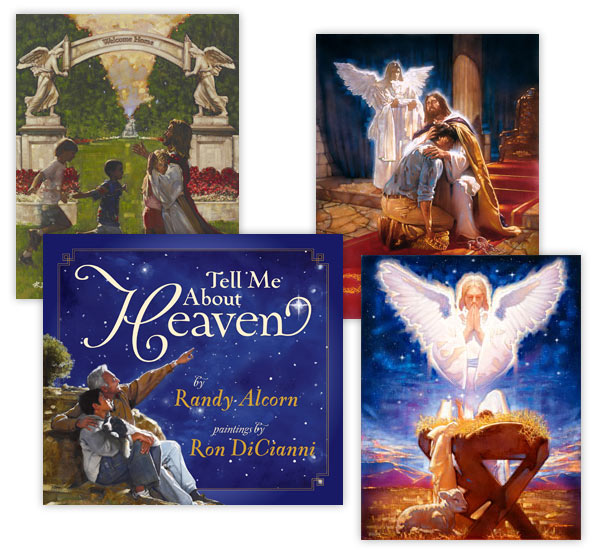 Years ago, Ron Beers, Tyndale House publisher, asked me to write a novel inspired by Ron DiCianni’s powerful painting called Safely Home. It’s the one that’s inside the cover of each copy of the book. The painting Ron signed and sent me still hangs on my office wall. Had Ron not done the painting, I would likely never have written that book, which by God’s grace has touched many lives.

Ron also did a number of new paintings for my kids’ book Tell Me About Heaven. I was able to describe scenes I’d love for him to paint. I even managed to get him to include a Springer Spaniel, in honor of our family’s first dog, Champ. He even made his way onto the cover!

Writing the book with Ron creating the art was an absolute delight. I thank God for this brother, who uses his gifts well. And, no less than three of the paintings from that book hang in our house and in my office. If you wish to become more familiar with Ron’s paintings, see the Tapestry Productions site.

Ron had filled me in over the years on the resurrection mural he’s worked so hard on. I just saw this great video, which really captures the Easter mood in a very unique way as he explains the components of his fantastic painting. This is truly worth watching: 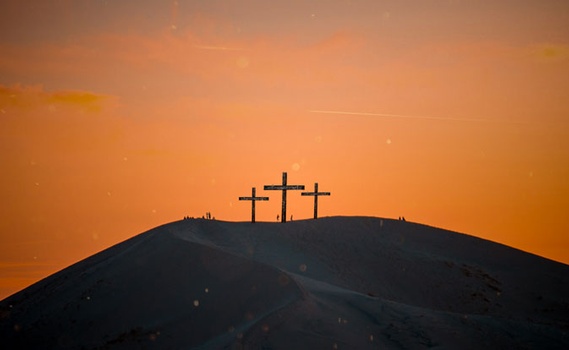 The Agony of Jesus on Good Friday, and His Triumph on Easter Sunday 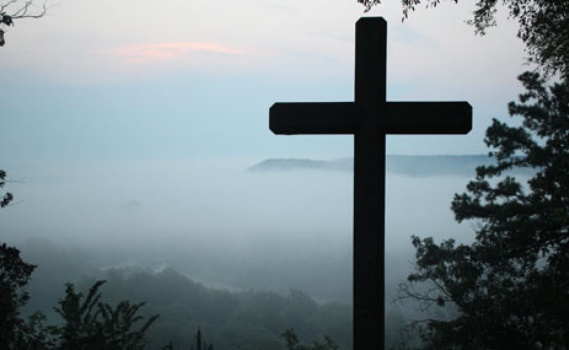 Kevin DeYoung on Why Jesus Was Hated and Put to Death

It’s common to hear people focus solely on the compassion and love of Jesus, and neglect the other parts of His character, including His holiness and wrath, sovereignty and lordship. Jesus was indeed a friend of sinners, but He was crucified for much more than that. 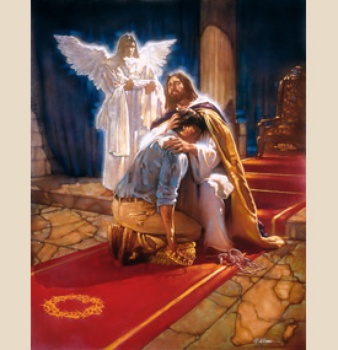 I first met artist Ron DiCianni many years ago at the Christian Bookseller’s Convention (now called ICRS). He has become a good friend over the years, and I thank God for a brother who uses his gifts well.
Invest in Eternity