If we understand that sex was holy and sacred in Eden as well as in the context of marriage on this Earth, why would we think that sex would be out of place or offensive on the New Earth?

Of course God doesn’t find sex offensive. God is the Creator of sex. It existed before the fall and it was “very good.” I have no hang up with sex at all. I don’t embrace this line of thinking in the slightest—in fact, I explicitly reject it, which is the point of all of my arguments against the christoplatonism arguments. I have one and only one reason for believing there is not conventional human marriage and sex in the resurrection, and that is the direct words of Christ in Matthew 22:23-32. His words trump my logic, my personal preferences and everything else. They force me to go against my instinct related to continuity. I can’t embrace something on the basis of my instinct and preferences, since my likes and my logic are not my authority, but Scripture is.

That same day the Sadducees, who say there is no resurrection, came to him with a question. ”Teacher,” they said, “Moses told us that if a man dies without having children, his brother must marry the widow and have children for him. Now there were seven brothers among us. The first one married and died, and since he had no children, he left his wife to his brother. The same thing happened to the second and third brother, right on down to the seventh. Finally, the woman died. Now then, at the resurrection, whose wife will she be of the seven, since all of them were married to her?”

Jesus replied, “You are in error because you do not know the Scriptures or the power of God. At the resurrection people will neither marry nor be given in marriage; they will be like the angels in heaven. But about the resurrection of the dead—have you not read what God said to you, ‘I am the God of Abraham, the God of Isaac, and the God of Jacob’? He is not the God of the dead but of the living.” 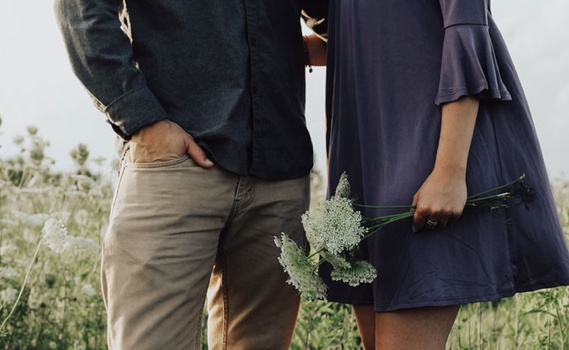 article December 7, 2011
The first marriage had no paper license and no human community witness. God was the witness to the union of two souls.

Isaiah 60:22 Seems to Indicate That Offspring Will Somehow Be Possible in Heaven. What Are Your Thoughts on This?

What Will Our Memories and Relationships Be Like in Heaven?

video March 26, 2010
In this interview with former NFL coach Joe Gibbs, Randy Alcorn answers that question, "What will our memories and relationships be like in Heaven?" See Randy's book Heaven for more information.
Invest in Eternity